Lance Armstrong Responds To A Fake News Report Of His Death

“The rumors of my death are greatly exaggerated” 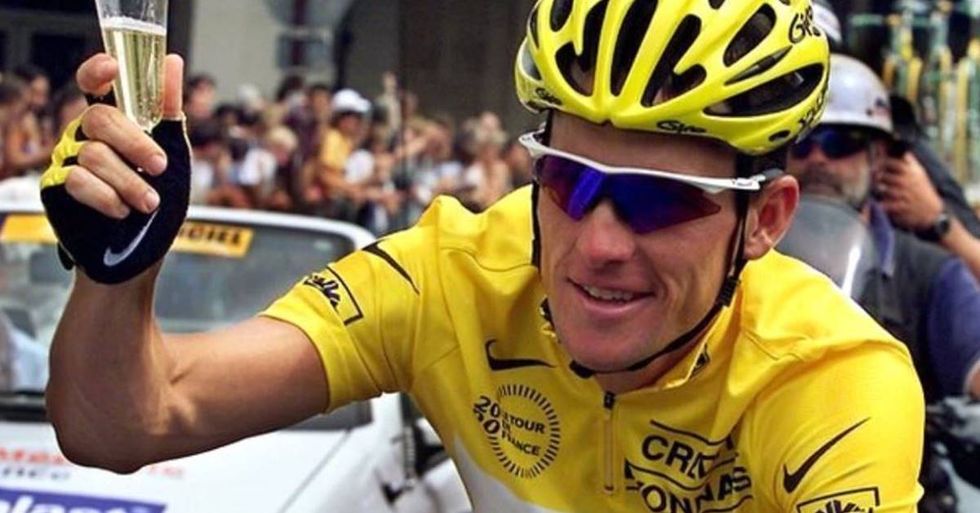 The latest celebrity to be forced into refuting a death hoax is controversial cyclist Lance Armstrong. Last Friday, a fake news site claimed that Armstrong, a cancer survivor, had died the previous Wednesday from a relapse of the disease. To prove that he was, in fact, still alive, Armstrong posted a video of himself on Instagram. In the short clip, he looks at the news story on his phone and then shakes his head in disbelief. The video was captioned with a famous Mark Twain quote: “The rumors of my death are greatly exaggerated.”

"The rumors of my death are greatly exaggerated." - Mark Twain

The fake news report of Armstrong’s death is especially mean-spirited being that he is a testicular cancer survivor. The seven-time Tour de France winner has been the subject of public scrutiny since he was banned from sanctioned Olympic sports for life after it was discover he used performance-enhancing drugs throughout this career. But, public opinion of Armstrong should be tempered by the fact that the Livestrong Foundation, a cancer charity he founded in 1997, raised over $500 million while helping over 2.5 million people in the past 15 years.