Now that he’s got your attention, he’d like to say a little more 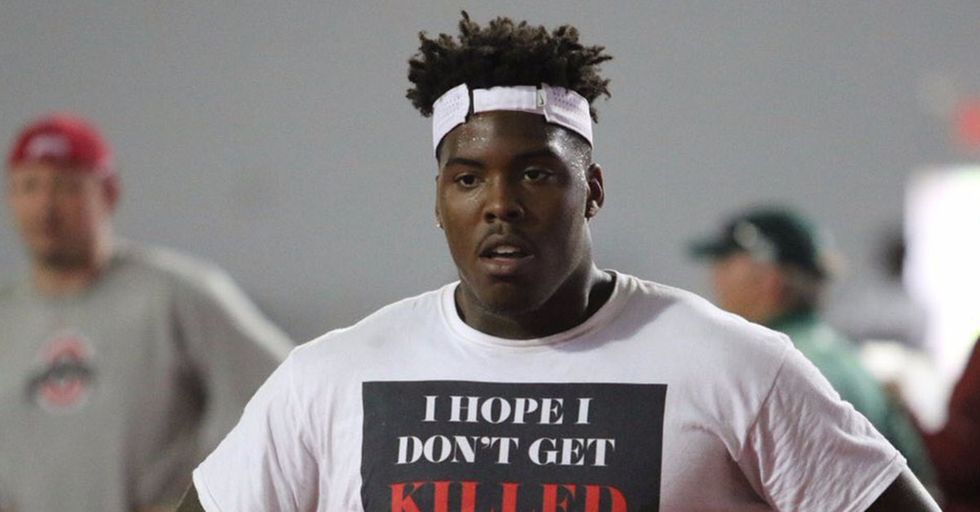 Incoming Ohio State football recruit Tyreke Smith tweeted out a picture of himself wearing a t-shirt designed to send a powerful message at this week’s workout.

Via the football blog Eleven Warriors, Smith said, “I decided to wear the shirt because I wanted to bring attention to the epidemic of blacks being killed at an alarming rate. What we would like to do is have people talk about these issues to reduce the murder rate of African-Americans.”

He went on to speak to Cleveland.com (via FTW), stating, “I felt I should wear it because I’m big on the African American culture and know the struggles that our race goes through. Whether people think that being black isn’t a task or not. Being the individual I am and the spotlight I have, I felt that people would get the message if I wore the shirt. Because if I’m being real, people are looking at me even when I don’t know and I knew they would see the shirt.”

The t-shirt, created by hs brother, will blow over but it’s likely we haven’t heard the last of Smith. He seems to know what he’s doing.