Trump says the U.S. will join the Trillion Trees Initiative 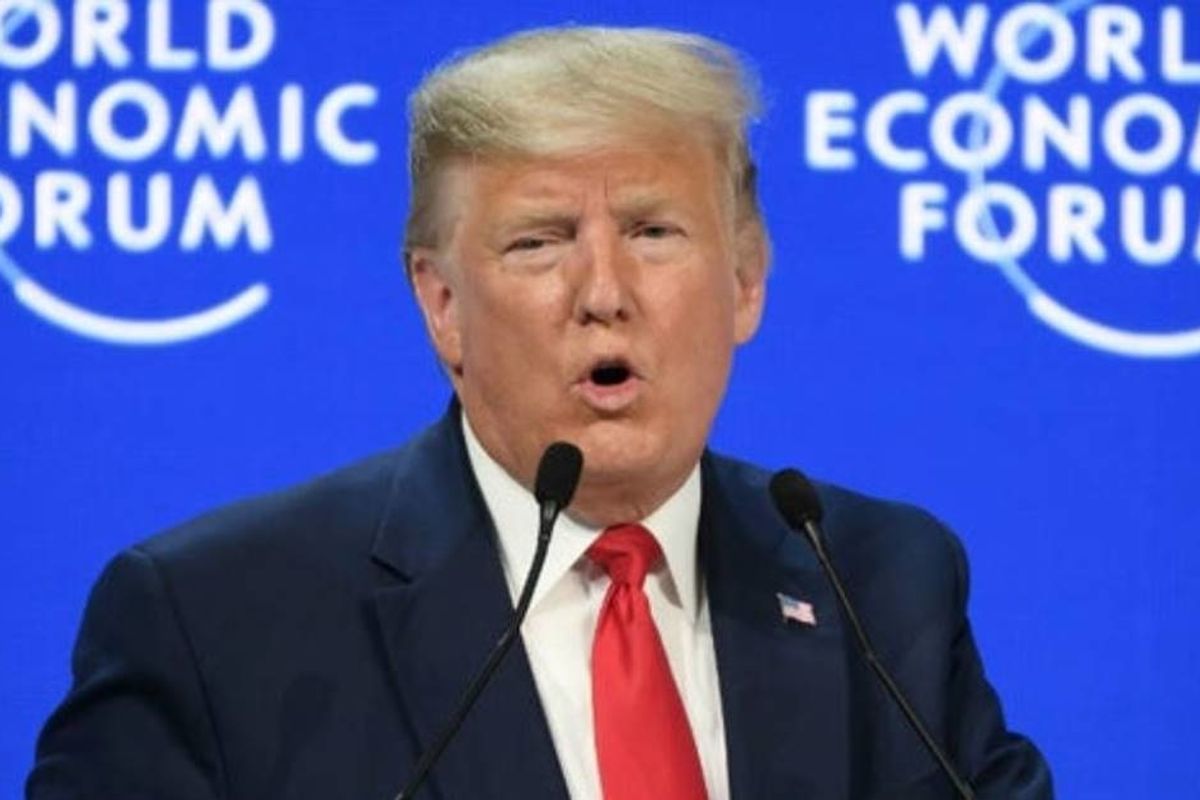 President Trump's appearance at the World Economic Forum in Davos, Switzerland was a mixed bag.

The theme of the event was climate change, but Trump chose to use his 30 minutes of speaking time to brag about the "spectacular" U.S. economy and encouraged world leaders to invest in America.

He didn't mention climate change once.

Trump is a notorious climate change skeptic who once claimed it was a hoax created by the Chinese. He's also made a bunch of bizarre statements about the environment that show he knows very little about the topic.

"There is a cooling and there is a heating, and I mean, look: It used to not be climate change. It used to be global warming," he told Piers Morgan. "That wasn't working too well, because it was getting too cold all over the place."

However, there was one tiny moment of positivity in his speech, he announced the U.S would join the World Economic Forum's Trillion Tree Initiative.

"We're committed to conserving the majesty of God's creation and the natural beauty of our world," Trump said.

"Today, I'm pleased to announce the United States will join the one trillion trees initiative being launched here at the World Economic Forum." He added the U.S. "will continue to show strong leadership in restoring, growing, and better managing our trees and our forests."

The Trillion Tree Initiative is based on the findings of ETH Zurich professor Dr. Thomas Crowther and his team at Crowther Lab. In 2019, he claimed that by planting 1.2 trillion trees we could cancel out the last 10 years of CO2 emissions.

"There's 400 gigatons [of C02] now, in the 3 trillion trees, and if you were to scale that up by another trillion trees that's in the order of hundreds of gigatons captured from the atmosphere – at least 10 years of anthropogenic emissions completely wiped out," Crowther said.

He also claimed that trees are "our most powerful weapon in the fight against climate change."

Trees are a powerful weapon against climate change because as they grow they remove carbon dioxide from the air, store carbon in the trees and soil, and release oxygen into the atmosphere.

Unfortunately, the process of planting a trillion trees will take decades.

In his address, Trump also had harsh words for environmental activists saying the world must "reject the perennial prophets of doom and their predictions of the apocalypse."

Nobel prize-winning economist Joseph Stiglitz criticized the president for failing to address the climate in his speech. "He managed to say absolutely zero on climate change," Stiglitz said. "Meanwhile we're going to roast."

Seventeen-year-old climate activist Greta Thunberg also criticized Trump's announcement saying, "Planting trees is good of course, but it is nowhere near enough of what is needed,"

"We're not telling you to offset your emissions by just paying someone else to plant trees in places like Africa, while at the same time forests like the Amazon are being slaughtered at an infinitely higher rate," Thunberg said.