This New Treatment Just Changed Everything For Patients With Irregular Heartbeats

And it involves blasting the heart with radiation. 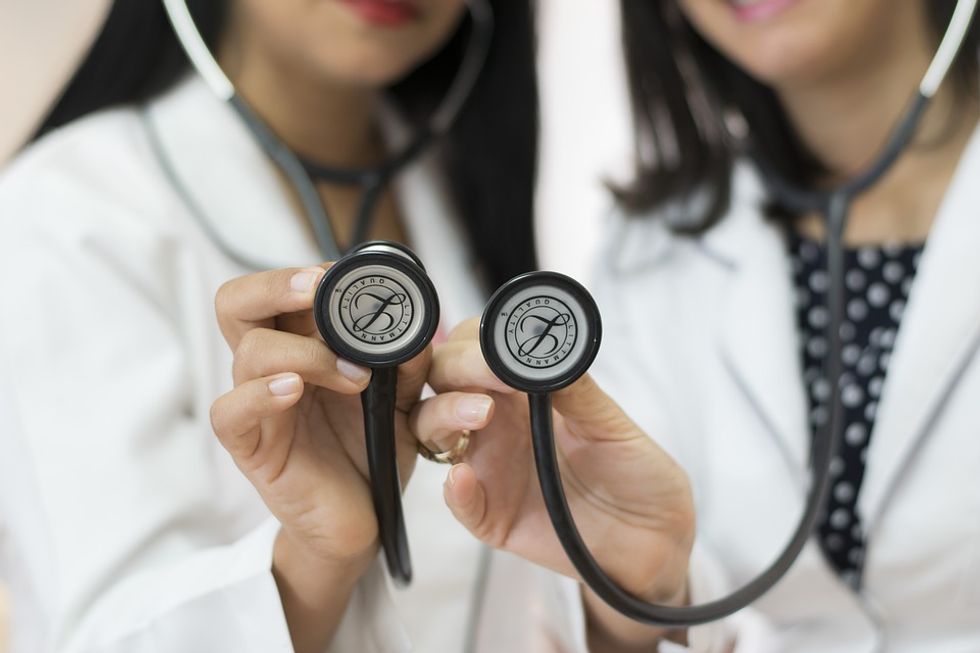 Each year, 325,000 Americans die from a surprisingly little-known condition that affects the rhythm of their heartbeats. In many cases, the patients are battling a serious illness, recurring infections, or a high risk of heart attack and have electrical implants to regulate their heartbeats. When these electrical systems get short-circuited, however, the consequences can be lethal.

In an attempt to prevent these electrical glitches from taking hundreds of thousands of lives each year, researchers from Washington University in St. Louis came up with an unusual treatment: blasting their hearts with radiation. As extreme as that may sound, results from the first clinical trial show this new therapy actually works. The findings, which were published in the New England Journal of Medicine in December 2017, show that brief blasts of radiation effectively eliminate the rogue cells causing the electrical implants to malfunction.

University of California, San Francisco, medical professor Dr. Melvin Scheinman told The New York Times, “This is a game changer. There is no question that this will catch on.” Scheinman is not alone in this point of view. The University of Chicago’s director of cardiac electrophysiology, Dr. Roderick Tung, added his approval, calling the experimental procedure a “paradigm shift.”

When you look at the preliminary trial results, it’s easy to see why cardiologists are excited by the possibilities. The patients who’ve so far benefited from the treatment saw their instances of tachycardia (aka an abnormal heart rate) go from more than 2,000 times a month to just a handful of instances or none at all.

That said, doctors also agree the treatment requires further study before it can be implemented on a large scale. And because it takes a few weeks to see concrete results, the procedure won’t be helpful for those in need of emergency assistance. On this plus side, there is now a viable alternative for patients who’ve tried everything from drugs and invasive surgeries to regulate their unruly heartbeats.