Research Shows That Spicy Foods May Help You Live Longer 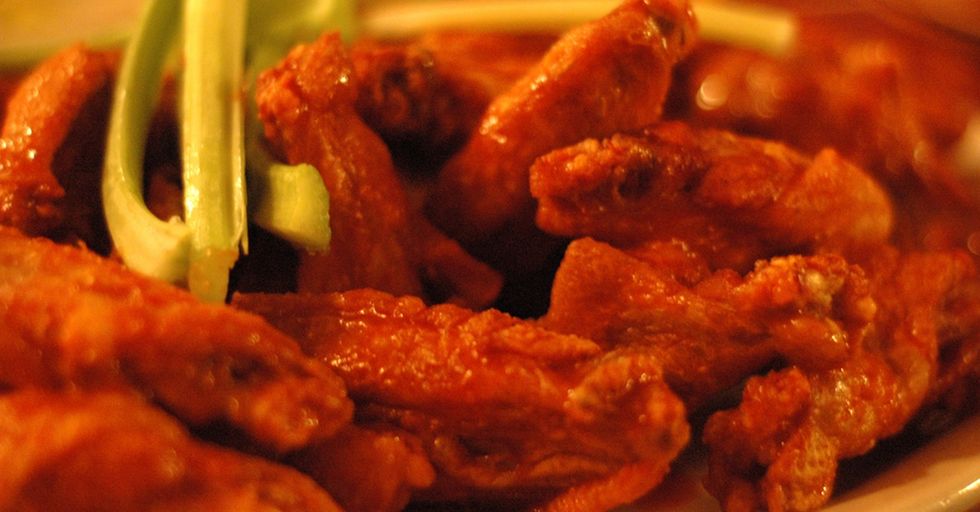 This article originally appeared on 09.19.17

There's an arms race happening at your local wing joint. According to QSR, it's because Americans have strayed from eating traditional fare and are embracing spicier ethnic foods such as Mexican and Asian cuisine. A 2013 Consumer Flavor Trend Report found that a majority of Americans (54 percent) prefer hot or spicy foods, including sauces, condiments, and dips, commpared with 48 percent in 2011 and 46 percent in 2009. Now, a new report out of China shows that this new trend in American eating habits could prolong our life spans.

“We know something about the beneficial effects of spicy foods basically from animal studies and very small-sized human studies," Lu Qi, associate professor at the Harvard School of Public Health, told Time. Studies have shown that that capsaicin, the active ingredient in spicy foods, is linked to a lower risk of cancer as well as heart and respiratory diseases. It also has a positive effect on metabolism, weight, and gut bacteria.

“It appears that increasing your intake moderately, just to one to two or three to five times a week, shows a very similar protective effect," Qi said. “Just increase moderately. That's maybe enough." So, if you want an extra dab of Tabasco on your tacos, go for it. But you might not want to eat a dozen fried, greasy buffalo wings every night—that will probably cancel out the positive effects of the chili.