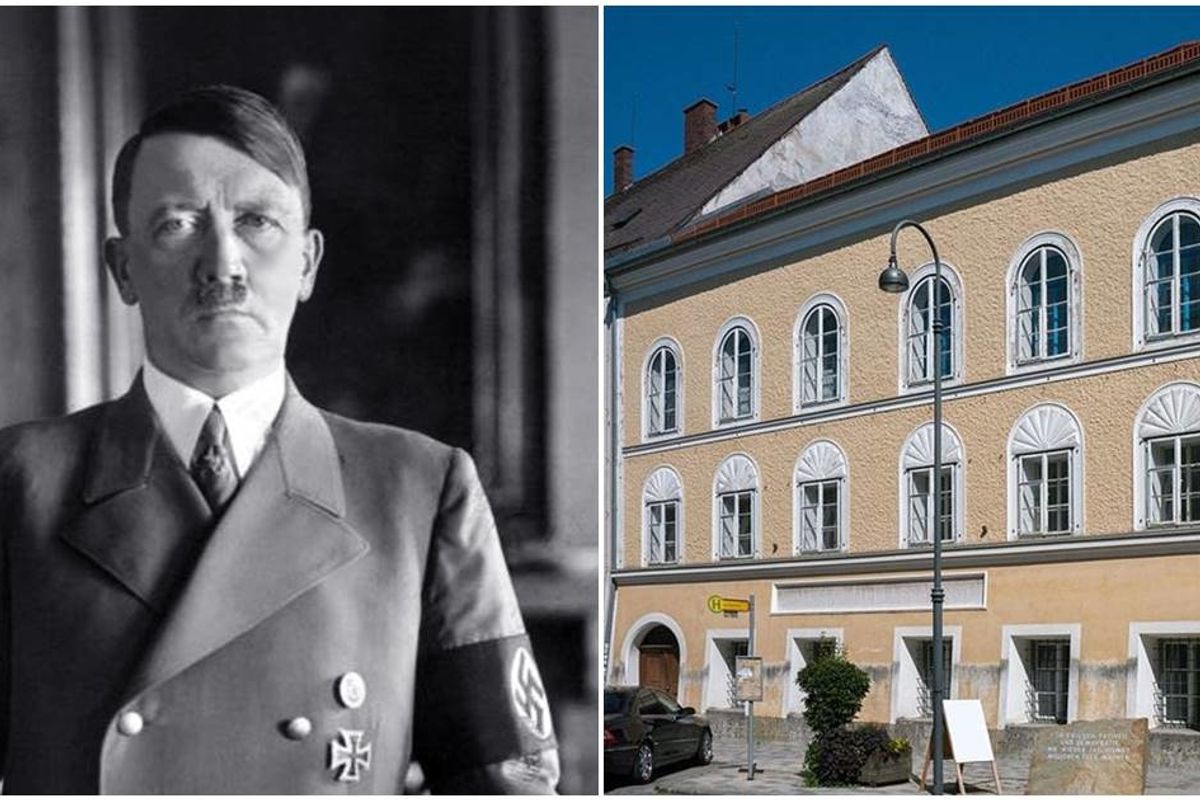 On April 20, 1889 at the Braunau am Inn, in Upper Austria Salzburger located at Vorstadt 15, Alois and Klara Hitler brought a son into the world. They named him Adolph.

Little did they know he would grow up to be one of the greatest forces of evil the world has ever known.

The Hitlers moved out of the Braunau am Inn when Adolph was three, but the three-story butter-colored building still stands. It has been the subject of controversy for seven decades.

The building was a meeting place for Nazi loyalists in the 1930s and '40s. After World War II, the building has become an informal pilgrimage site for neo-Nazis and veterans to glorify the murderous dictator.

The building was a thorn in the side to local government and residents to say the least.

RELATED: He photographed Nazi atrocities and buried the negatives. The unearthed images are unforgettable.

For years it was owned by Gerlinde Pommer, a descendant of the original owners. The Austrian government made numerous attempts to purchase it from her, but to no avail. The building has served many purposes, a school, a library, and a makeshift museum.

In 1989, a stone from the building was inscribed with:

Millions of Dead Remind [us]."

For three decades it was home to an organization that offered support and integration assistance for disabled people. But in 2011, the organization vacated the property because Pommer refused to bring it up to code.

RELATED: 'High Castle' producers destroyed every swastika used on the show and the video is oh-so satisfying

In 2017, the fight between the government and Pommer ended with it seizing the property. Authorities said it would get a "thorough architectural remodeling is necessary to permanently prevent the recognition and the symbolism of the building."

Now, the government intends to turn it into a police station which will surely deter any neo-Nazis from hanging around the building.

Austria has strict anti-Nazi laws that aim to prohibit any potential Nazi revival. The laws state that anyone who denies, belittles, condones or tries to justify the Nazi genocide or other Nazi crimes against humanity shall be punished with imprisonment for one year up to ten years.

In Austria the anti-Nazi laws are so strict one can go to prison for making the Nazi hand salute or saying "Heil Hitler."

"The future use of the house by the police should send an unmistakable signal that the role of this building as a memorial to the Nazis has been permanently revoked," Austria's IInterior Minister, Wolfgang Peschorn said in a statement.

The house is set to be redesigned following an international architectural competition.

Related Articles Around the Web
hitler's birthplace
Trending Topics
THE DAILY GOOD
Start your day with something GOOD.
Trending Stories