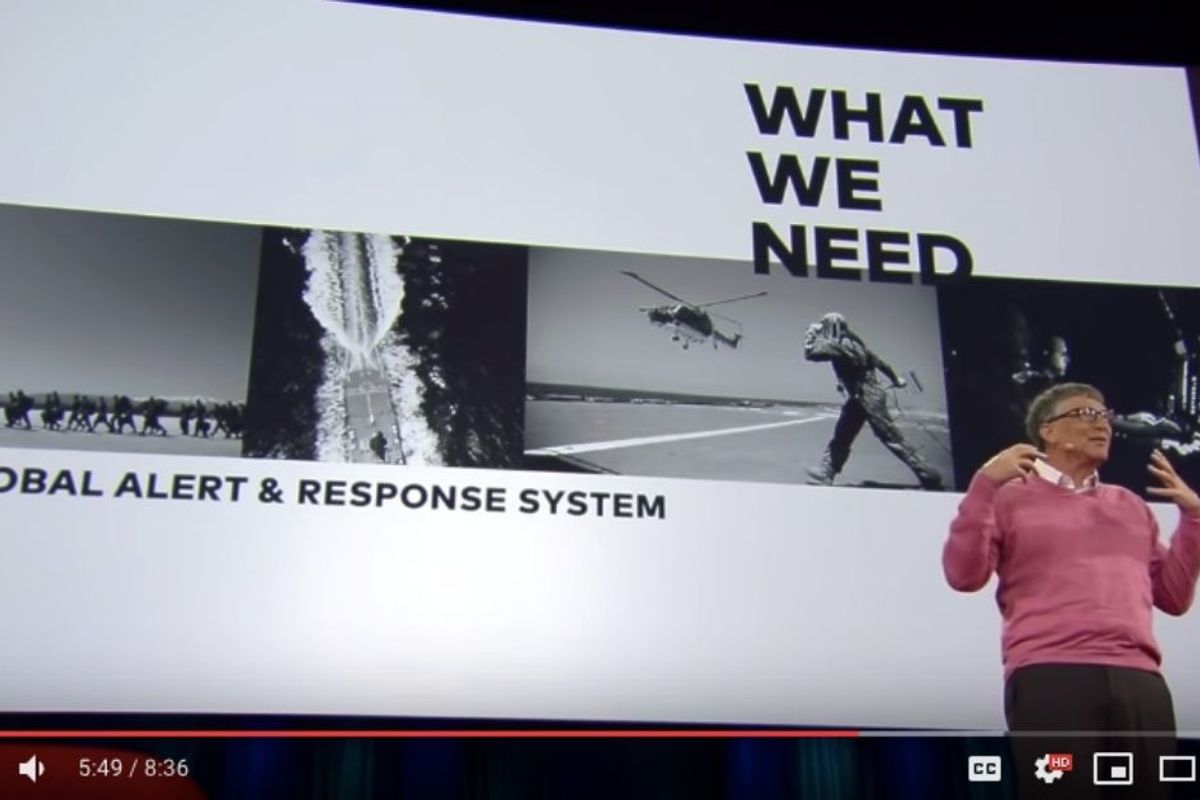 In 2015, the year after West Africa's Ebola outbreak spooked the rest of the world, Bill Gates gave an 8-minute TED Talk called "The next outbreak? We're not ready."

Now, 2020's novel coronavirus outbreak is making him look like a freaking prophet.

"The greatest risk of global catastrophe," he said in his talk, was "most likely to be a highly infectious virus rather than a war. Not missiles, but microbes." Then he outlined how the world was not adequately prepared for global pandemic, even though we technically had all the tools we needed to get prepared.

Gates said Ebola showed us that our systems for handling a widespread virus outbreak weren't just inadequate—they were non-existent. "In the movies it's quite different," he said. "There's a group of handsome epidemiologists ready to go. They move in, they save the day. But that's just pure Hollywood." He showed what was done right with Ebola, but also pointed out that we got lucky with that virus.

Watch Gates explain the preparedness steps needed (which should have taken place well before now), the vital necessity of taking those steps ahead of time (umm, oops), what the economic fallout of a pandemic could look like (feelin' it already) , and how it wouldn't even cost that much to put global response systems in place (welp, shoot). He was so right on, it's almost spooky.

Bill Gates: The next outbreak? We're not ready www.youtube.com

From Your Site Articles
Related Articles Around the Web
coronavirus
Trending Topics
THE DAILY GOOD
Start your day with something GOOD.
Trending Stories
Health