Want to work short hours for comparatively good pay? Become a teacher in pretty much any other industrialized nation. 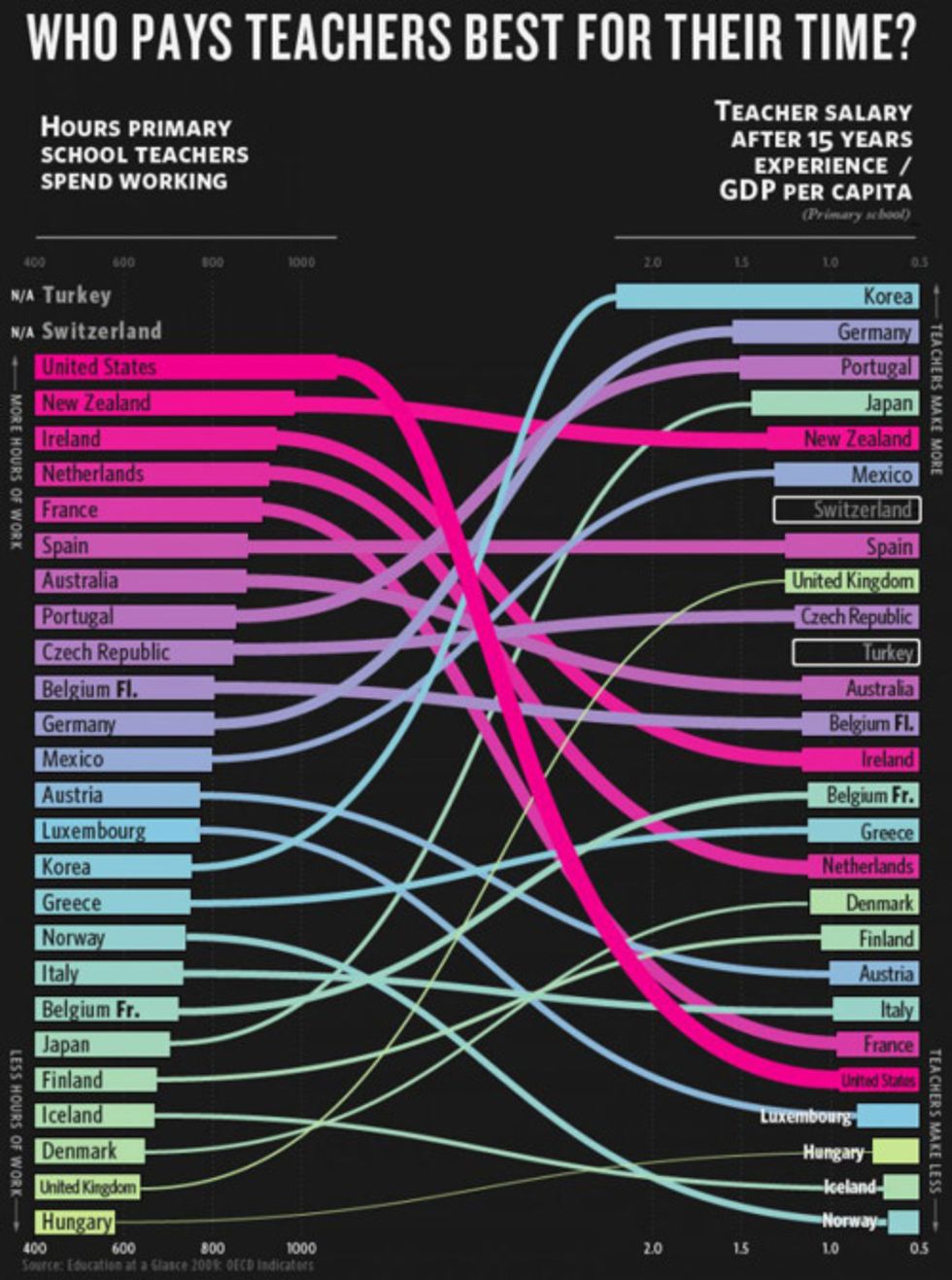 Ever wonder how the hours American teachers work and the salary they earn compares to teachers in other industrialized nations? Well, the picture's not pretty. In this infographic courtesy of the Future Journalism Project, American educators work the most hours of all industrialized nations, but are the fifth lowest paid after 15 years on the job. Only Luxembourg, Hungary, Iceland, and Norway pay their teachers less.

And how do we compare to the country that's number one in the world in education according to international tests, Finland? Teachers there work the fifth fewest hours and are the ninth lowest paid. Sure, no one goes into education for the money, but at a certain point doesn't it seem wrong that teachers pretty much everywhere else on this chart work less but get paid more?