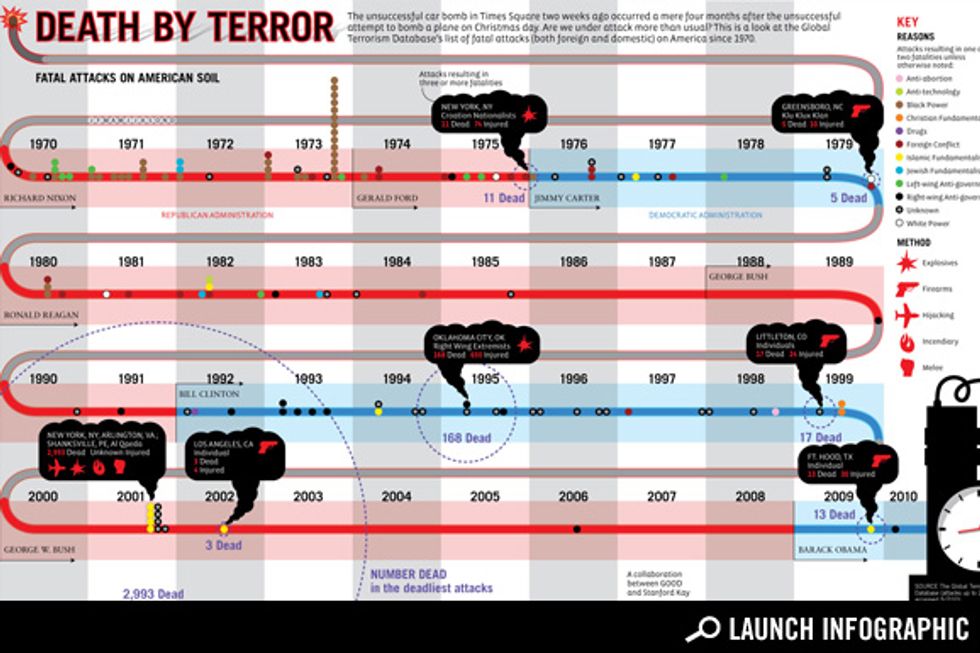 The unsuccessful car bomb in Times Square two weeks ago occurred a mere four months after the unsuccessful attempt to bomb a plane on Christmas day. Are we under attack more than usual? This is a look at the Global Terrorism Database's list of successful attacks (both foreign and domestic) on America since 1970.

A collaboration between GOOD and Stanford Kay.