The California Supreme Court will soon hand down its decision on whether or not Proposition 8 violates the state Constitution. As it has... 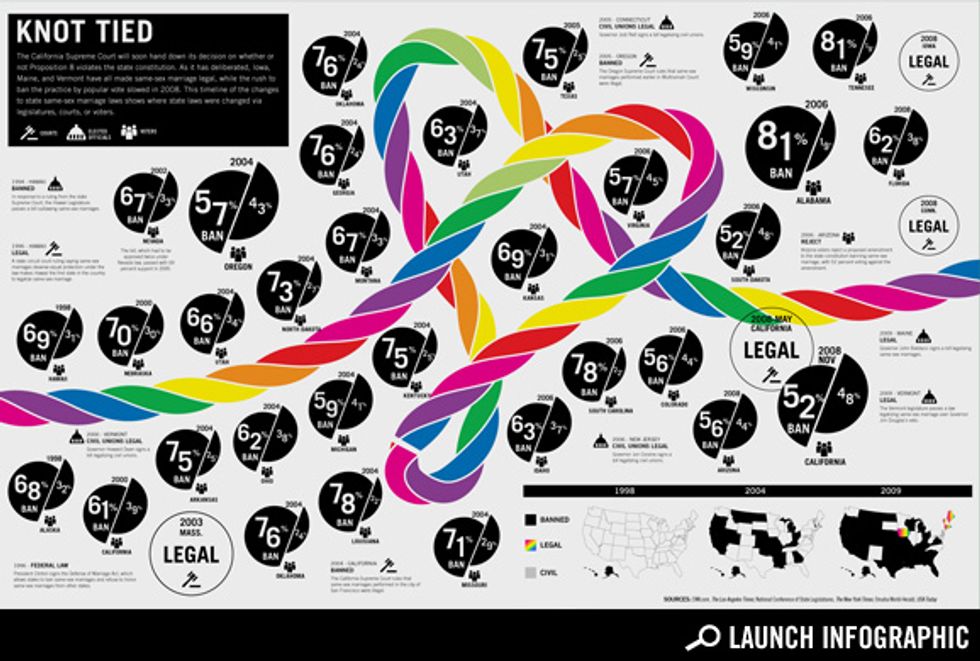 The California Supreme Court will soon hand down its decision on whether or not Proposition 8 violates the state Constitution. As it has deliberated, Iowa, Maine, and Vermont have made same-sex marriage legal, while the rush to ban the practice by popular vote slowed in 2008. Our latest Transparency is a timeline of the changes to same-sex marriage laws showing where laws were changed via legislatures, courts, or voters.A collaboration between GOOD and Timko & Klick.

A version of this piece appeared in The Los Angeles Times on Sunday, May 24. You can see the version that appeared in the Times (and was previously posted here) by clicking here.