Transparency: Where Will the Next Volcano Erupt?

The April 14 eruption of Iceland's Eyjafjallajökull volcano disrupted air traffic over much of Europe and stranded thousands of passengers... 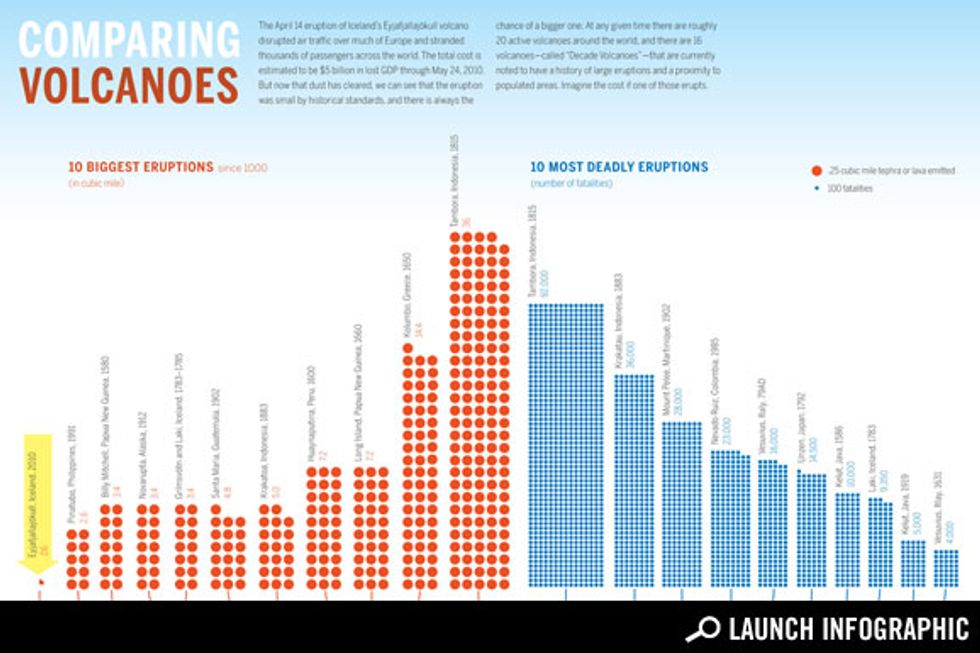 The April 14 eruption of Iceland's Eyjafjallajökull volcano disrupted air traffic over much of Europe and stranded thousands of passengers across the world. The total cost is estimated to be $5 billion in lost GDP through May 24, 2010. But now that dust has cleared, we can see that the eruption was small by historical standards, and there is always the chance of a bigger one: At any given time there are roughly 20 active volcanoes around the world, and there are 16 volcanoes—called "Decade Volcanoes"—that are currently noted to have a history of large eruptions and a proximity to populated areas. Imagine the cost if one of those erupts.

A collaboration between GOOD and MGMT. design.