This exchange will satisfy anyone who’s taken on a know-it-all. 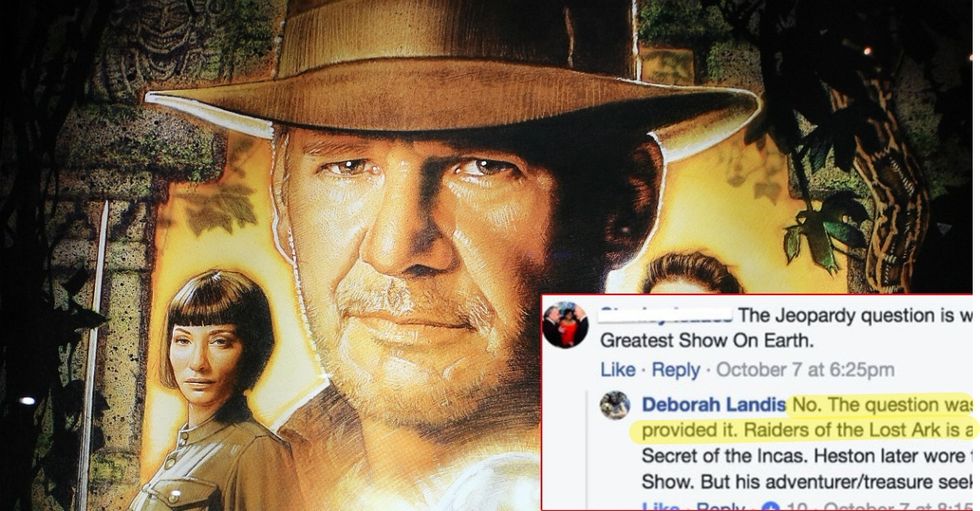 Parse through any Twitter feed or comments section online, and you’re bound to find people, men and women alike, who tout their knowledge and expertise on matters with far more confidence than they should. The specific term “mansplaining” has become prevalent in describing such acts when a man takes it upon himself to over-explain an issue to a woman, believing that he simply knows more on the subject.

In many instances, it’s hard to tell if a man on the internet is specifically targeting a woman to patronize or if that’s just their nature across gender lines. In any event, with so many false claims lobbed toward strangers in condescending fashion online, it’s nice to see someone fire back and shut the perpetrators down.

Such was the case when Deborah Landis took to a Facebook post to correct a commenter on his response to a “Jeopardy” question that was shared.

The man speaks so confidently that one would think he’s an expert on the matter. Such is the way of know-it-alls, speaking with such confidence and bluster to intimidate anyone who dares question them. Well, Deborah didn’t back down. She felt, as an actual costume designer for “Indiana Jones” that she was in a pretty good position to assert her knowledge on the matter, regardless of how sure he remained.

Apparently, Stanley had trouble parsing the “question was exactly right because I provided it,” so Deborah, as Stanley did, doubles down, recalling the time when she and Steven Spielberg watched the film together, finding their inspiration for Indy’s attire.

The person who posted this satisfying exchange is none other than Max Landis, a screenwriter who has been quick to controversially opine on gender issues in the film industry. He’s also the son of director John Landis. No doubt given his relationship to Deborah and his interest in the inequality that plagues Hollywood and society in general, he got as much of a kick out of his mom’s sign-off as we did.

Meanwhile, Twitter users have found “Stanley, you have got to be kidding” to be a catchall for when you just don’t have the time or energy to deal with the Stanelys of the world.