She perfectly states why America hurts itself by denying global aid to others. 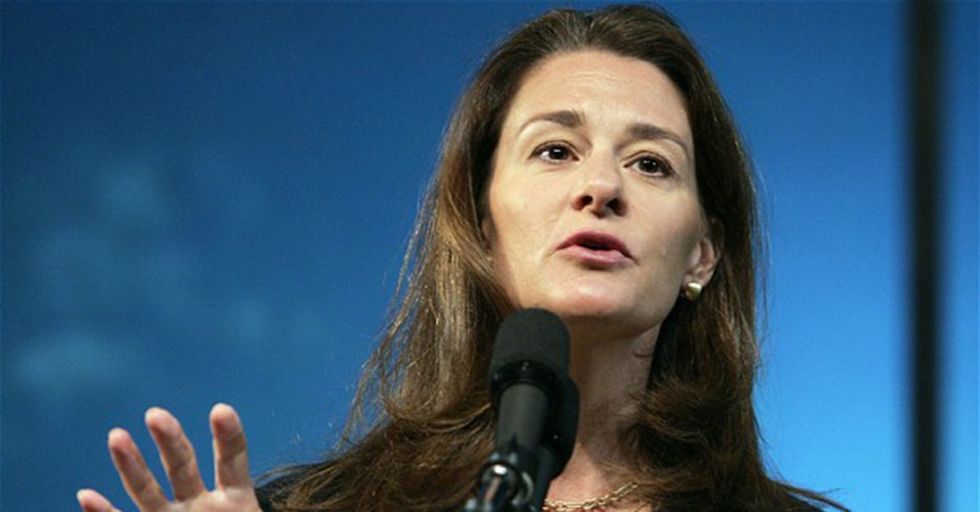 Melinda Gates has remained largely agnostic of the political climate in her charitable endeavors. As a founder of the Bill & Melinda Gates Foundation, she’s dedicated much of her immense wealth to overseas endeavors, focusing not only on treating to the issues poverty at hand but also providing systematic and sustainable solutions to issues related to poverty in developing nations.

However, in an op-ed piece first published on CNN.com, she turned her focus directly toward the White House and the budget cuts that will undermine the foreign aid efforts she and her foundation are working so hard to bolster and champion.

She speaks to the immense progress that’s been made in a short period, with the figures to back up her claim:

“The data tells us that in a single generation, funding from the United States and other donor nations has helped turn the tide against infectious diseases like polio and HIV/AIDS, while driving a child survival revolution that has saved 122 million children's lives. The world has cut extreme poverty in half and set the stage for more people everywhere to live longer, better, healthier lives than ever.”

Aside from the obvious social and health issues that will be undermined by the drastic cuts, there will be damage done to the lives of our own citizens as a result. She targets the often-xenophobic “us or them” mentality. Fighting communicable diseases abroad makes Americans safer as well.

Countries with sustainable infrastructures are less prone to violence abroad and terrorist or extremist infiltration.

The list goes on as she eloquently points out that we’re denying ourselves the benefits of foreign aid with budget reductions.

She ends with a clear message: America is not benefitting from these cuts. Rather, America is hurting itself by denying these aid packages abroad.

“The cost of these cuts is far too great for our country — or our conscience — to bear.”