Six months later, the family has no answers in the face of their grief. 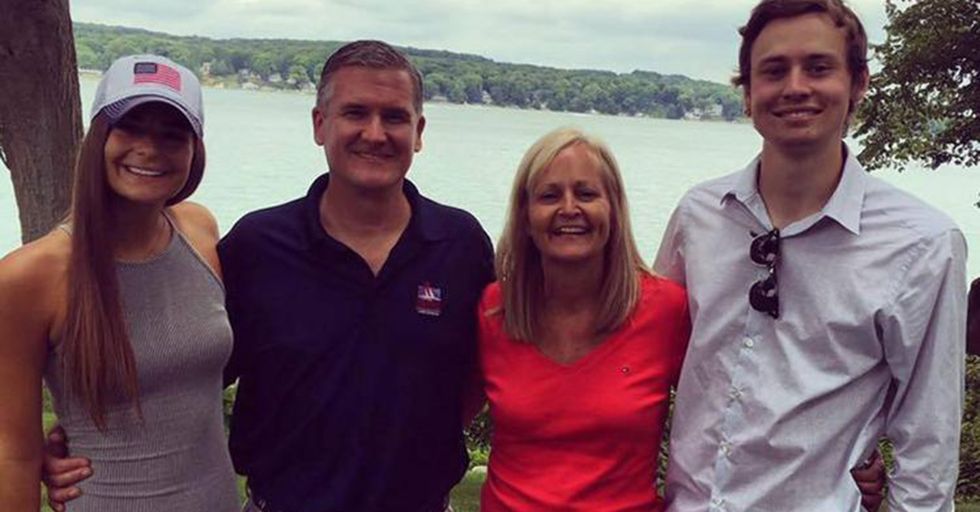 The McGowan family headed to the Mexican resort town of Playa del Carmen for the same reason so many thousands of Americans do every year: to escape the cold winter weather — in this instance, that of the family’s home state of Wisconsin — and spend some time with together while the children were still in college.

Abbey, 20, and Austin, 22, checked into the hotel with mother and stepfather Ginny and John. However, as the husband and wife waited in the lobby for their children to go out for dinner, time continued to pass with no sign of them. They had last all seen each other at 5:30, but as the agreed meeting time of 7 came and went, Austin and Abbey, staying in separate rooms, were nowhere to be found.

After asking the front desk to call their rooms, the parents were notified by a manager that Austin and Abbey were both in a hospital, having been found floating facedown in the hotel’s pool.

John and Ginny arrived to find Austin sedated in stable condition with a concussion. However, the prognosis for their daughter was much bleaker. Abbey was found and remained unresponsive. She had a cracked collarbone and suffered from cerebral edema. She would later, upon relocation to a medical center in Florida, be found brain-dead.

With no hope of recovery, Abbey’s life support was turned off Jan. 12 with her organs to be donated. The cause of death listed on Abbey’s death certificate was “accidental drowning,” but the family, now six months later, still remains desperate for answers.

Austin later revealed that he and his sister had several drinks before taking a toast of tequila with their parents. When he was in the ambulance being transported, his blood-alcohol content was 0.26, whereas his sister’s was 0.25. No drugs turned up in a toxicology screen, though it’s possible unrecognized substances could have been administered. Austin told the Milwaukee Journal-Sentinel that the two had four or five shots, one of which was offered to them by a group of young men at the bar.

Their father, Bill Conner, who was not at the resort, insists: "Somebody had to slip them some type of drug,"

There was no evidence of theft or sexual assault in their rooms or on their bodies, leading the family to wonder why someone would possibly drug their children.

The family has hired a law firm to investigate the bizarre and mysterious incident that took place six months ago. In a recent report to the family, it was conveyed that the police had spoken to only three people regarding the incident. The family’s attorney, Florentino Ramirez, suspects there’s more to the “accidental drowning” determination.

"It's all too convenient. If it was an accident, where was everybody? It just doesn't make sense. There are too many open ends,” he told the newspaper.

Unfortunately, the prospect of finding answers is getting less and less likely as time passes, but the grief and shock remain with the family. “I still can't believe this happened," father Bill said. "I'm still waiting for my daughter to walk through the door.”