These Fantastical, Futuristic Black Dolls Will Make You Rethink the Toy Aisle

Since 1978, artists have created inspiring representations of black culture in doll form that are sorely lacking in the conventional toy industry 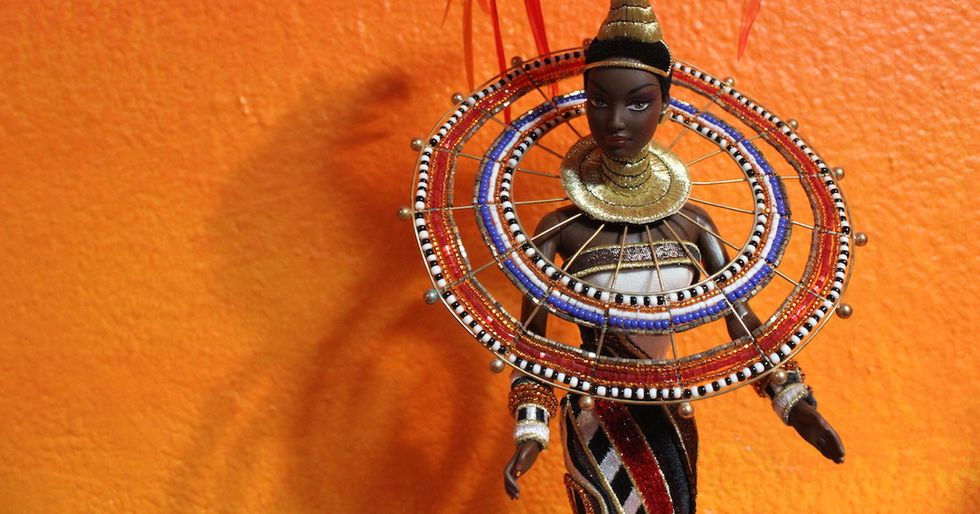 In the now infamous Doll Experiments, psychologists Kenneth and Mamie Clark presented two dolls, one black and one white, to young black children and asked them questions about which they preferred. The test found that students who attended segregated schools overwhelmingly preferred the white doll and revealed how students internalized the racism that structured their everyday lives. The Clarks not only served as expert witnesses in the landmark case of Brown v. Board of Education, their research findings also inspired what is now the longest-running black doll show in the United States. The Annual Black Doll Show, now in its 34th year, takes place at the William Grant Still Arts Center in the historically black Los Angeles neighborhood of West Adams. The show was founded in 1978, by the legendary L.A.-based artist and curator Cecil Fergerson, who served as the Los Angeles County Museum of Arts’ (LACMA) first black curator.

“Everybody calls him the godfather of the black community. The black artists know Cecil. He started as a janitor at [LACMA] and then he came on up to be a curator,” says Bobbie Campbell, one of the center’s founders.

This year’s black doll show, titled A League Supreme: Jazz Superheroes, was curated by Keisa Davis, the center’s education coordinator. Davis conceptualized the entire show around the fictional uncolonized African country of Wakanda, from Marvel’s The Black Panther, the first comic book featuring a black superhero. In the Center’s call for pieces, they asked artists to contribute dolls inspired by the fantastical world imagined in the comic book or by musical jazz legends like Billie Holiday or Alice Coltrane, “superheroes who use music to transcend injustice.”

“The whole point is to have a platform for young people of color, young children of color, for them to see dolls or images they’re not going to see often in the mainstream,” says Davis.

Amitis Motavelli, director of the William Grant Still Art Center, said that the annual show draws on a history in which black dolls were banned because they were once considered idols of satanic worship or idols of heterodox relgious practices. Even if this year’s show is set in a mythical future, this dark past is still a pervasive theme.

“Although a lot of [the dolls] are based in this fantasy-based future, there’s always some connection that each doll or each piece has with history too,” says Motevalli. “It’s not a futurism that is mindless of history.”