From Street Art to Sex Toys: Six Ways the Creative Community has Responded to Donald Trump

Tump-mania inspires activists to step up their game when it comes to the GOP’s leading candidate. 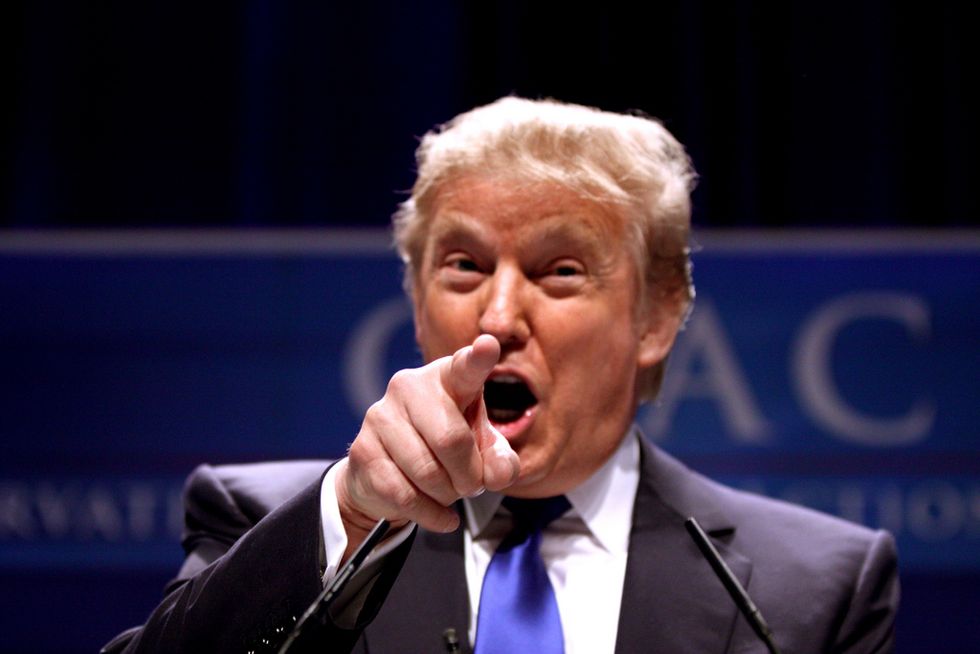 For better or (almost certainly) for worse, this has been the “Summer of Trump.” Since taking the lead in the GOP presidential primaries, the candidate has spent the last several months both confounding political analysts, and enraging Latinos, Women, and Veterans (to name just a few) with his offensive rhetoric and over-the-top personality. It’s not just that Trump’s statements about “Mexican rapists” and “blood coming out of [Fox News commentator Megyn Kelly's] wherever” haven’t damaged him in the polls—if anything, they’ve helped solidify his brand as a “tells it like it is” un-politician among certain voters.

But while Teflon Don may appear to be nigh on invincible for the time being (the latest Bloomberg Politics/Des Moines Register poll has him leading or tied in nearly every metric among likely Republican Iowa voters) there are those outside the political arena, and in the creative one—artists, activists, and comedians—who have been working hard to define Donald’s brand themselves, eschewing “tell it like it is” in favor of highlighting the candidate’s xenophobic, sexist and all-around offensive behavior.

If there’s an upside to Trump’s continued dominance in the polls, it’s that perhaps it will inspire more hilarious “tributes,” like the following examples.