These Gorgeous Hungarian Banknotes Have a Black Light Secret

Money doesn’t have to be boring. 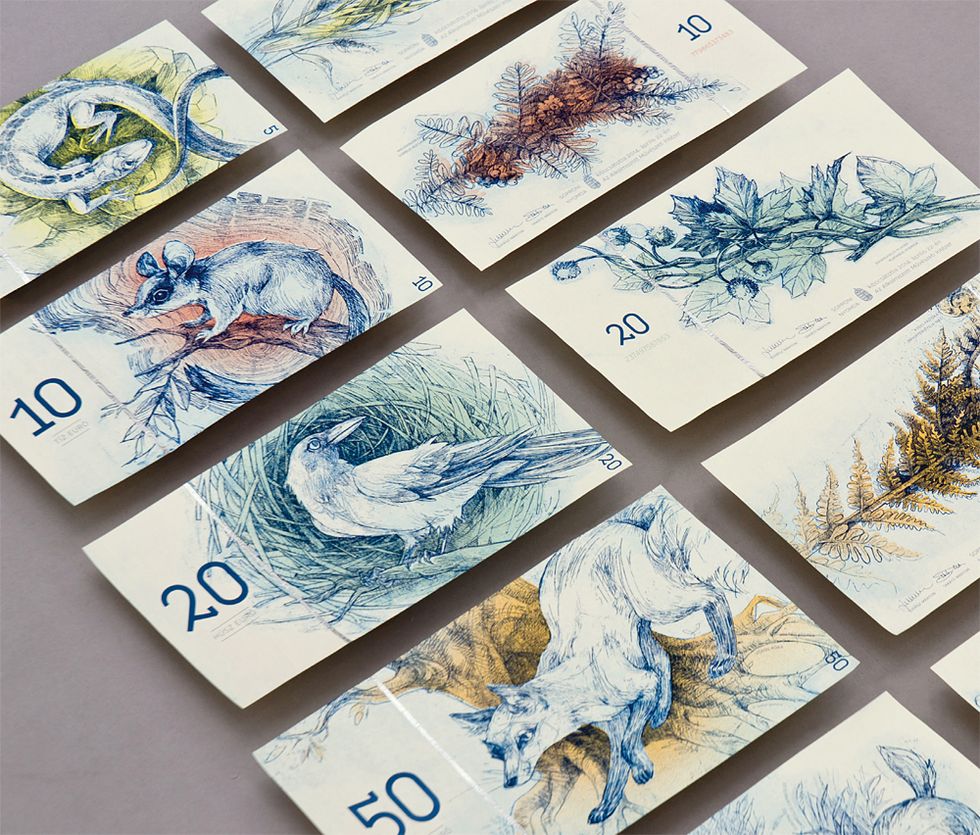 Budapest-based design student Barbara Bernát came up with a rather clever project for her master’s thesis at the University of West Hungary: a flora and fauna-inspired concept for the Hungarian euro (which does not currently exist). As Bernát’s fictional bills increase in value, so does their size—along with the size of the wildlife represented. (You’ll get a lizard for five Euros and a deer for 100. Flip them both over and you’ll go from grass to oak, respectively.)

When embarking on her project, Bernát decided to imitate an old technique for printing banknotes that’s still in process today, a method called intaglio printing. Though the aesthetic here is more stripped down than most actual currency—and thus seemingly easier to counterfeit—the concept’s security feature is the best part, revealing the skeleton of each animal under UV light.

Click through the gallery to get a closer look at one of the coolest thesis projects in recent memory.

(h/t This is Colossal)

Images used with the permission of Barbara Bernát. Photography by Richárd Kelemen.