“The park goes through a metamorphosis at night” 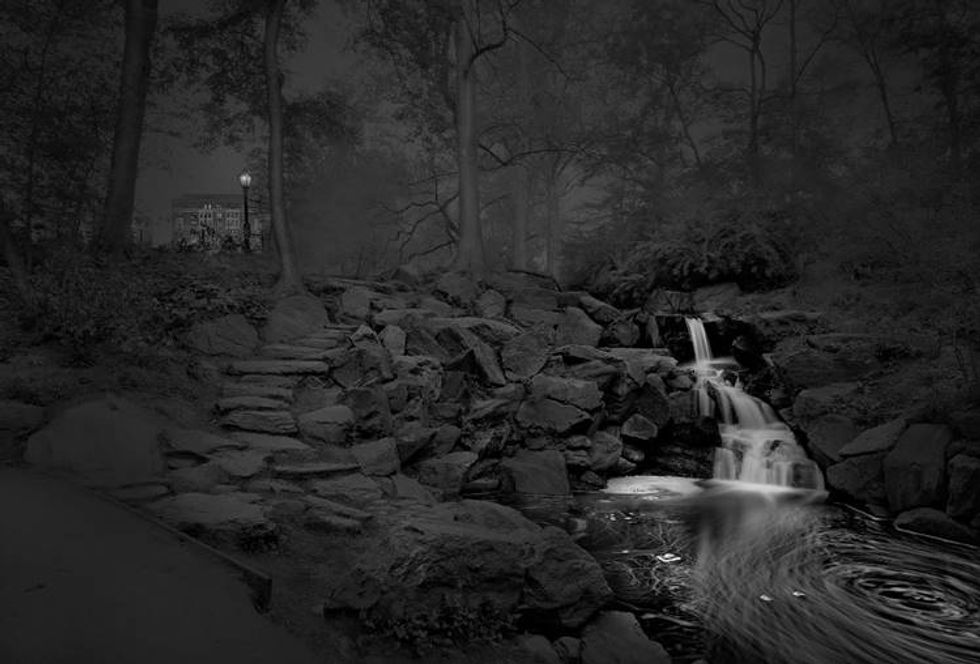 Insomnia is a debilitating sleep disorder that causes people to stay up for long periods of time. While the rest of the world sleeps soundly in their beds, the life of the insomniac is spent staring at the ceiling, hoping and praying for the sweet relief of sleep. New Jersey-based photographer Michael Massaia suffers from insomnia, but instead of laying in bed, he began taking long walks to pass the night away. He also developed a talent for photography that he honed during spells of sleeplessness.

In 2009, Massaia combined his love of long walks in the city with photography by creating a photo series called “Deep in a Dream, Central Park.” For the project, he used only black and white film and the park’s natural light at dawn. “The park goes through a metamorphosis at night and gets kind of dark,” he says on his website. “And I was determined to capture it.” His prints are created using a highly toxic developer called Pyro. The results are mysterious, black and white photographs with rich tonal scales that magically capture Central Park in a way few have seen it.

Massaia’s photographs would have been much harder to capture years ago when Central Park was known as a magnet for crime and drug activity. Nevertheless, he’s careful when he walks the park alone with his camera in the wee hours of the night. “When you operate an 8-by-10 camera you have a dark cloth over your head, so you can’t see around you or notice who might be coming behind you. You’re a sitting duck,” he told Slate.