It’s a relationship that spans a 40-year age difference. 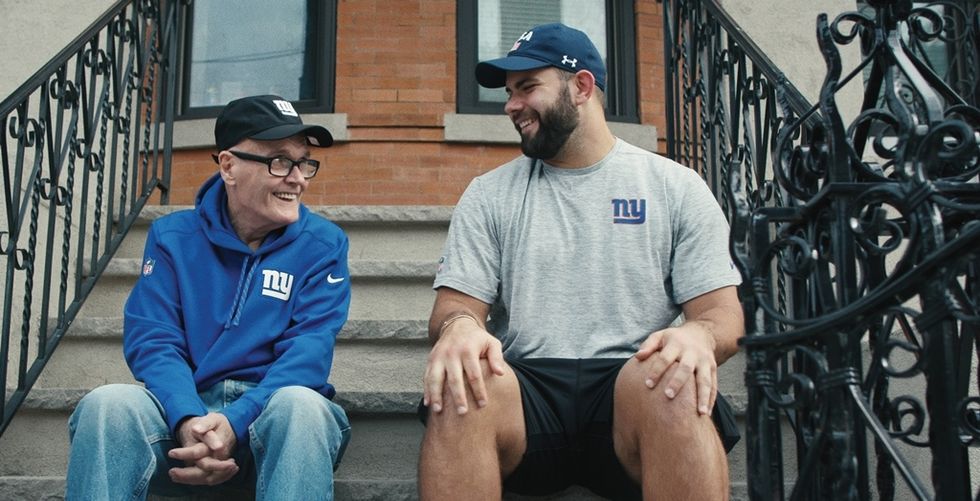 New York Giants offensive lineman Justin Pugh formed an unlikely friendship with an elderly neighbor. The relationship began after Bill, who has lived in Pugh’s new neighborhood for 30 years, left a note on the NFL player’s gate requesting financial assistance. After Pugh helped pay his rent, the two formed a special friendship that includes lunches, movies, and playing pool, despite a more-than-40-year age difference.

Now Uninterrupted has released a video highlighting their friendship.

“Sometimes I cry when I go in my room because of how good he (Justin) was to me,” Bill says. “You can be a billionaire in the world, and there are two things you can’t buy. That’s health and love.”

Pugh adds, “If you see someone who looks like they’re not having a great day, say hello. Even if it’s just you holding the door open for somebody. We just need to be nicer as a group of people in this country. That will start to make waves and ripple out and create an effect.”