Reporter: 'What Do You Say to Americans Who Are Scared?' Trump: 'I Say You Are a Terrible Reporter.' 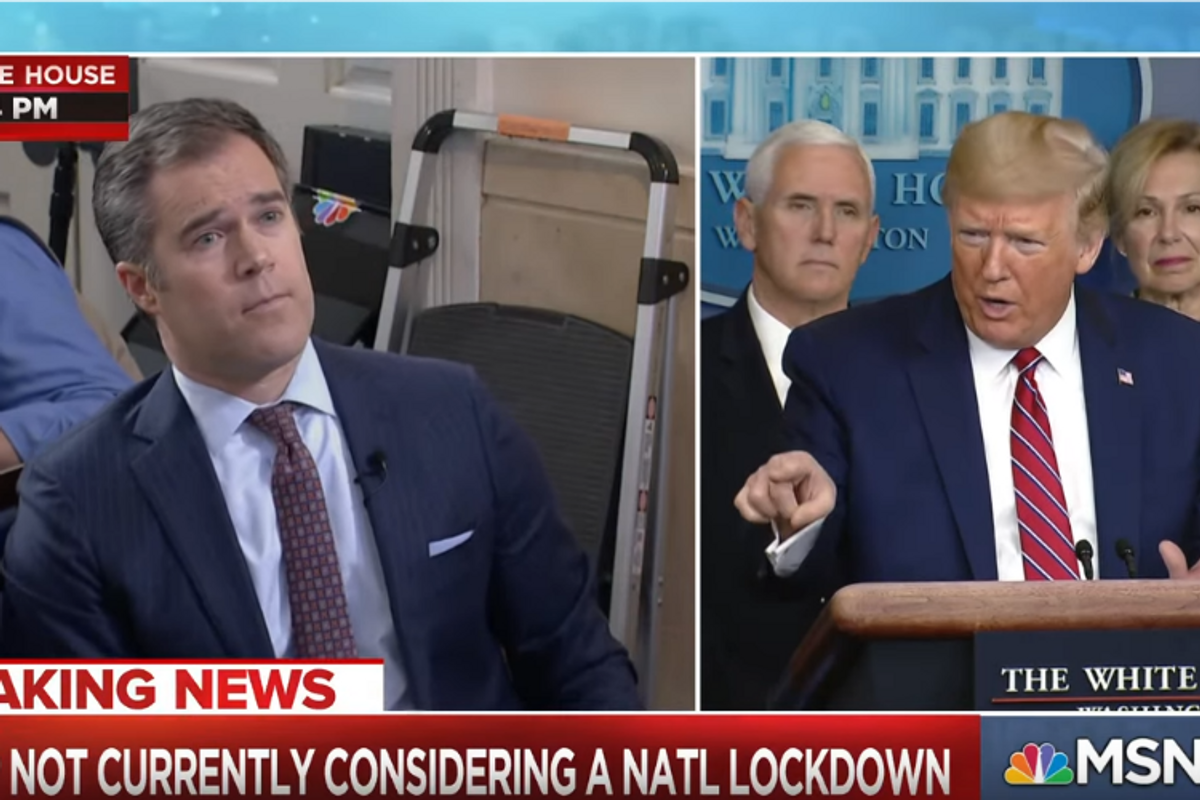 It's called Trumpian leadership in a time of crisis and this is what it looks like.

When President Donald Trump was asked by NBC News correspondent Peter Alexander during a White House briefing Friday what his message to the American people who are "scared right now" by both the public health and econonomic threats of the coronavirus, the president shot back: "I say that you're a terrible reporter."

Alexanders subsequently tweeted about the exchange:

I offered both Pres Trump and VP Pence an opportunity to reassure Americans. Simple question: “What do you say to… https://t.co/1bYRYSQ6R8
— Peter Alexander (@Peter Alexander)1584727007.0

For witnesses, it was not an impressive performance by Trump during a global pandemic and a time of nearly unprecedented national angst.

"Cool to know adults are in charge of stuff," said one person in reaction.

This article originally appeared on Common Dreams. You can read it here.

From Your Site Articles
Related Articles Around the Web
coronavirus
Trending Topics
THE DAILY GOOD
Start your day with something GOOD.
Trending Stories
Culture