Trump And One-Third Of His Supporters Think Vaccines Cause Autism 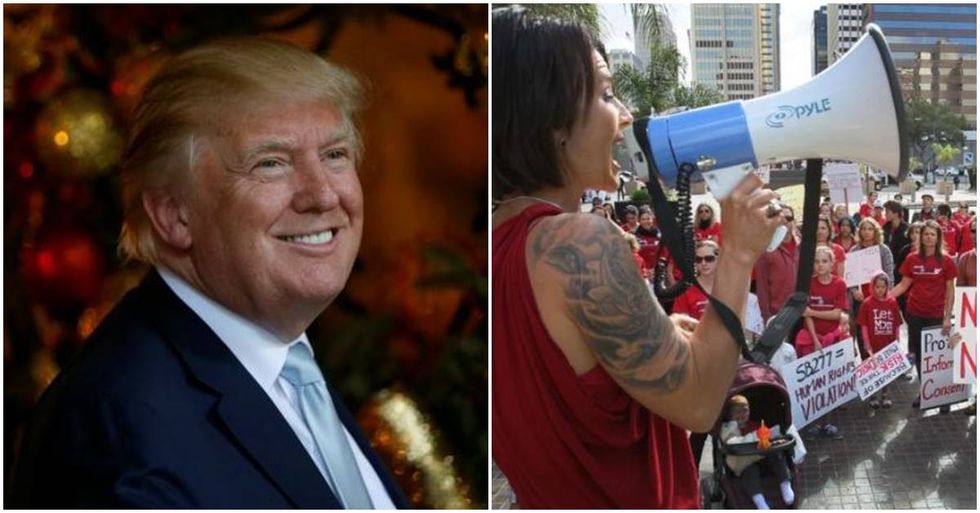 There are more than a few fringe groups that have been emboldened by the election of Donald Trump as president of the United States. Racists, people with close financial ties to Russia, and anti-vaxxers all have a seat at the table in Trump’s oval office. Back in August, Trump met with a group of anti-vaccination donors and, according to people in the meeting, Trump agreed to watch an anti-vaccination documentary which has been roundly debunked by the scientific community.

This wasn’t Trump’s first brush with the anti-vaxxer movement, in 2014, he tweeted his belief that vaccines cause autism.

“I’ve seen people where they have a perfectly healthy child, and they go for the vaccinations, and a month later the child is no longer healthy,” Trump told Fox News in 2012. “It happened to somebody that worked for me recently. I mean, they had this beautiful child, not a problem in the world. And all of a sudden, they go in, they get this monster shot. You ever see the size of it? It’s like they’re pumping in — you know, it’s terrible, the amount. And they pump this into this little body. And then all of the sudden, the child is different a month later. And I strongly believe that’s it.”

Trump isn’t alone in his denial of science, a recent poll found that 31 percent of his supporters also believe that vaccines cause autism, while only 18 percent of Clinton voters believe the conspiracy. The scary part is that people like Trump still hold onto their beliefs even though there is a large swath of scientific research that says otherwise. A 2014 meta-analysis on 1.2 million children found there is no association between vaccines and autism.

Trump’s belief that vaccines cause autism is a two-fold problem. When the president of the United States is an advocate for bunk science it could inspire even more parents to stop vaccinating their children. The anti-vaxxer movement has already resulted in a big comeback for of diseases such as measles, mumps, whooping cough and chickenpox. On a global level, Trump’s inability to distinguish scientific fact from fiction can have a disastrous impact on fighting climate change, promoting medical research, and implementing sensible energy policies.