The Majority Of Harvard’s Admitted 2021 Class Is Nonwhite — But Is That Something To Celebrate?

U.S. universities smudge their diversity statistics with the inclusion of international students. 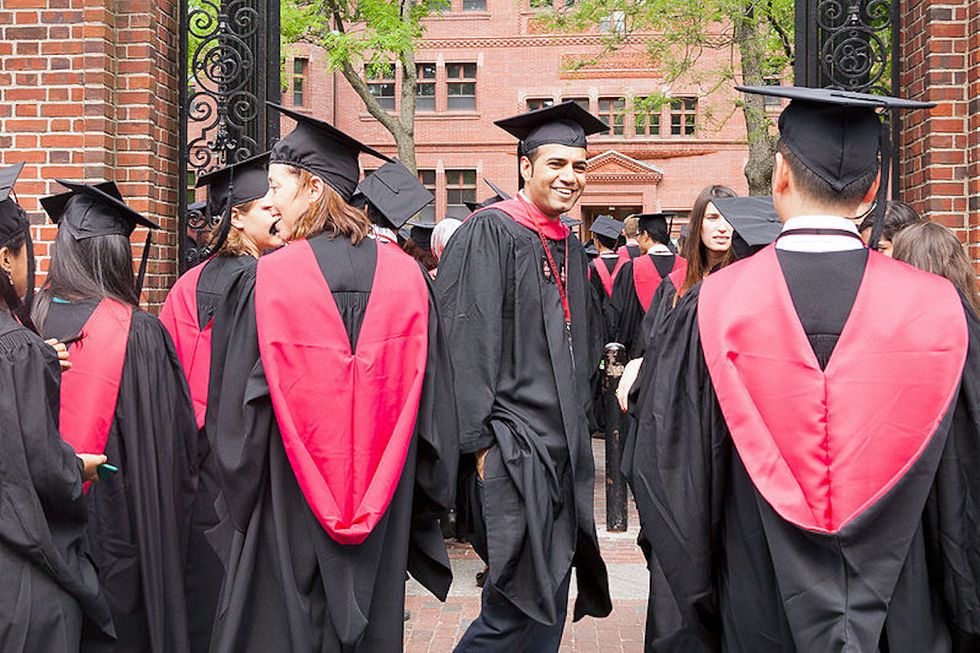 I went to college at a school that advertised itself as one of the most diverse in the country. When I arrived on campus, however, I realized that what amounted to “diversity” for this school was the recruitment of wealthy international students — and there rarely seemed to be any meaningful interaction between the international student body and the domestic one.

This is what came to mind when I saw a news story about Harvard’s incoming class. According to the admission numbers, Harvard’s accepted class was majority nonwhite (a previous headline on the original Boston Globe story mistakenly noted that it was the first time to happen — it’s, in fact, the second time. A correction clarified that Harvard has not yet “seated” a majority nonwhite class). Here’s the CNN breakdown:

These numbers, unfortunately, give no insight into the economic demographics of the admitted students, nor do they offer any insight into nationalities (we know of at least two wealthy women of color who made the cut — Harvard freshmen Malia Obama and Yara Shahidi). According to the Harvard website, international students comprise 12.4% of the newly admitted students, a significant portion (a Harvard representative we reached out to could not offer more information).

In 2011, writer Cord Jefferson wrote that it was the Ivy League’s “ dirty little secret” for inflating diversity statistics. “While America’s most elite colleges do in fact make it a point to promote ethnic diversity on their campuses, a lot of them do so by admitting hugely disproportionate numbers of wealthy immigrants and their children rather than black students with deep roots — and troubled histories — in the United States,” he wrote. While many universities have programs like Harvard’s Undergraduate Minority Recruitment Program, low-income students, for example, suffer from structural disadvantages that prevent them from entering schools like Harvard — economic struggles that keep them from being able to afford application fees and tuition or tutors and study aids.

The discussion on what qualifies as diversity is an important one to have, especially in light of recent events. Last week, the Trump administration announced it was pursuing an inquiry into “race-based discrimination” in college admissions, an investigation supposedly impelled by a complaint filed in 2015 by 64 Asian American groups who accused U.S. universities of imposing higher standards of entry for Asian students. It’s a development that has many social justice and equality advocates worried that the Department of Justice is using this complaint to justify a possible attack on affirmative action initiatives. It’s a misguided target, given that affirmative action policies benefit white woman more than any other demographic group.

Anytime I see a news story about diversity, I remember a talk by Angela Davis I attended at USC. “I have a hard time accepting diversity as a synonym for justice,” Davis told the audience back then. “Diversity is a corporate strategy. It’s a strategy designed to ensure that the institution functions in the same way that it functioned before, except now you have some black faces and brown faces. It’s a difference that doesn’t make a difference.”