The GOOD Guide to COP15: The Players

When the United Nations holds its international get-togethers, countries are traditionally sorted into five regional groups:... 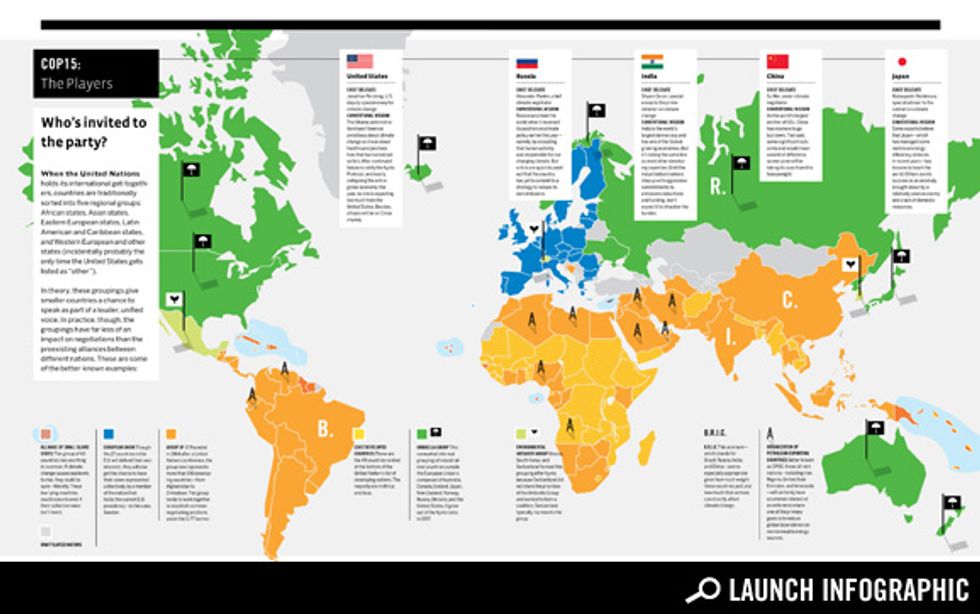 When the United Nations holds its international get-togethers, countries are traditionally sorted into five regional groups: African states, Asian states, Eastern European states, Latin American and Caribbean states, and Western European and other states (incidentally probably the only time the United States gets listed as "other").In theory, these groupings give smaller countries a chance to speak as part of a louder, unified voice. In practice, though, the groupings have far less of an impact on negotiations than the preexisting alliances between different nations. These are some of the better-known examples.