Throughout Paris, Artists Are Making Fun of Companies That Pretend to Care About Climate Action

Artists from 19 countries worked together to reveal the connections between advertising and climate change. 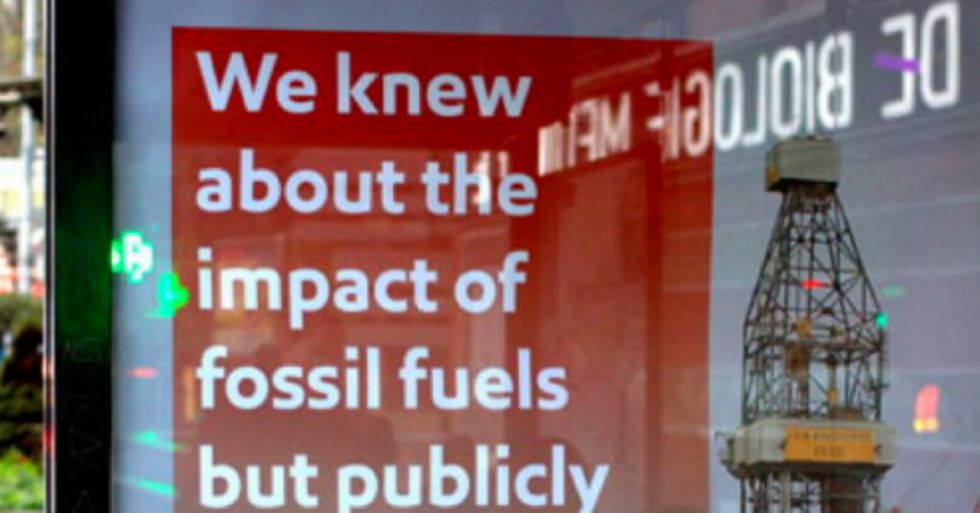 Through December 11, world leaders are working together in Paris at the COP21 conference to address the planet’s biggest issue, climate change. Some of the world’s largest brands have sponsored the talks, including Air France, Disney, and Apple. Although many of these companies have pledged to help fight against climate change, a vast majority have had a hand in creating the problem.

On Black Friday, the Brandalism artist collective hijacked more than 600 outdoor ad spaces throughout Paris. They posted prints that at first glimpse looked like advertising for COP21 sponsors, but actually skewered them for their hypocrisy. The project was carried out by 82 artists from 19 countries whose mission is to “challenge the corporate takeover of COP21 and to reveal the connections between advertising, the promotion of consumerism, and climate change.” According to Brandalism’s Joe Elan, “By sponsoring the climate talks, major polluters such as Air France and GDF Suez/Engie can promote themselves as part of the solution—when actually they are part of the problem.”