The photos depict what it feels like for the average young female professional engaging in daily activities like going to yoga or being at work. 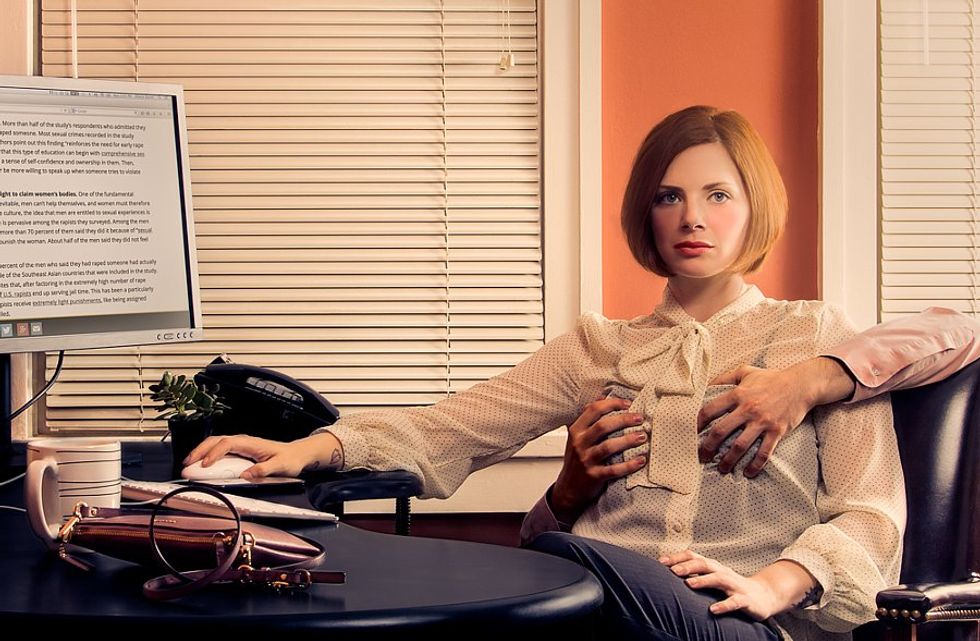 This article originally appeared on 09.25.17

After recently attending the Young Photographers Alliance Mentoring Program, Pittsburgh-based photographer Allaire Bartel was inspired by the theme of “boundaries" to create this photo series that's designed to capture the oppressiveness of male entitlement that women feel on a daily basis in everyday life.

She explains on her website: “I was particularly determined to express the idea that oppression of women does not just occur in extreme isolated incidents (violent rape and physical abuse) but can also be felt in lesser forms during the day to day."

The photos are of an average young female professional engaging in her daily routines, like going to yoga or being at work.

“The concept of male entitlement is represented by male arms and hands performing a variety of actions that are overwhelming intrusive on her body and her life," she wrote. “In each situation she maintains a blank expression, a visual choice that demonstrates how conditioned we as women have become to accept this atmosphere as excusable and even normal."