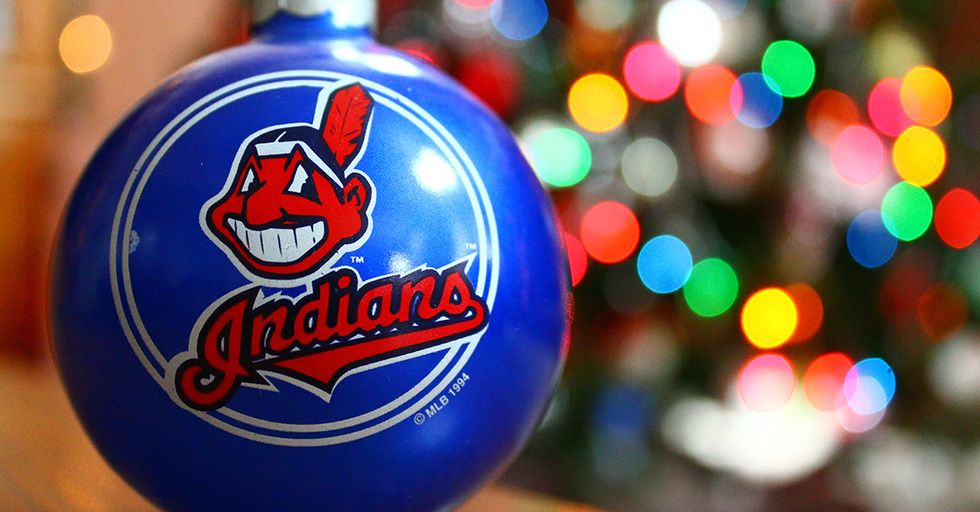 While the Cleveland Indians enjoyed a wildly successful season, eventually losing to the Chicago Cubs in the most exciting World Series finale in recent history, their run also brought attention to a matter that has bothered sports fans of all backgrounds for decades – they continued to brandish a very offensive caricature of a Native American on their uniforms.

Though the rumor persisted that the team was quietly phasing out the logo, the lack of any official evidence or statement made fans skeptical of what exactly was going on.

Now it seems that the team is, officially, taking steps to phase out the logo in the face of public criticism. While this is no doubt progress, it’s certainly not happening as quickly as it could or should.

Clubhouse manager Tony Amato said the Indians won’t have an alternative jersey until 2018 after retiring the cream jerseys last season. They will, however, retain the red caps from the cream uniforms and wear them with their blue tops at home in 2017.

The “alternate” jersey mentioned above was the blue one they wore throughout the World Series which featured the controversially insensitive “Chief Wahoo” on them, rather than the standard “C” that they’d been brandishing for most of the season.

However, the logo will continue to be worn on the sleeves of the jersey. And while earlier reports stated that they would be moving the fixture from all their hats, it seems, unfortunately, that they’ll still be wearing them on their hats when playing at home.

It’s extremely disappointing that this “phase-out” plan is occurring in such small increments. I understand the desire for continuity for a fan base, but if they were doing this out of true conviction, they wouldn’t take such bizarre half-measures, allowing the logo to remain on the jerseys and hats at all.

Progress at any pace is still progress, I suppose, but going halfway on an issue with such a moral imperative behind it doesn’t seem like progress. It feels like resilience and reluctance. Since it seems to be public sentiment driving the decision, rather than the enlightenment of Cleveland’s front office, backlash against the tortoise-slow rate of change here will cause the club to see the folly of dragging their feet here.

Fortunately, even local press outlets are getting behind the need for quick change. Anything that’s not outwardly disparaging will be a big improvement on the logo the team refuses to let go of.