Vonn’s dog, Lucy, appears to have a go-to face when posing for pics. 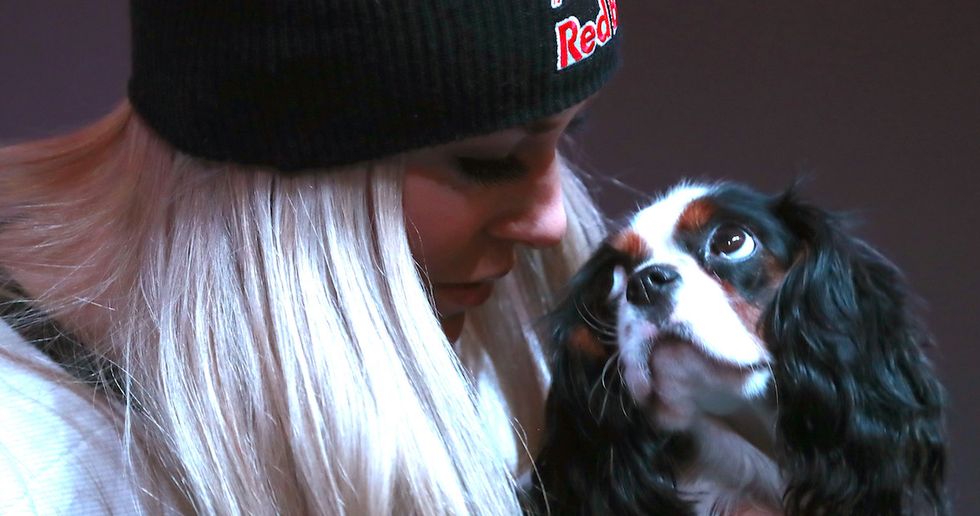 Lindsey Vonn may not have had the 2018 Winter Olympics she hoped for, netting a single bronze medal in her events, but that didn’t stop the ski icon from posing proudly with her medal — and her pup, Lucy.

Using an Instagram she has dedicated to her three dogs (Lucy, Leo, and Bear), Vonn posted some the results of an impromptu photo session with Lucy, chef Dan Churchill, herself, and her coveted Olympic medal, which she took home from the women’s downhill event.

Lucy didn’t quite know what to make of the medal but quickly put on her game face (or what one would assume her game face looks like) for the second pic, which features the dog staring directly at the camera.

That look is one Lucy appears to wear often when confronted with a camera, although the look of surprise you see below may be more warranted after an airline ordeal kept Vonn and Lucy from Korea for 24 long hours.

Just as Lucy may be getting acclimated to the jet lag, it’s time for her and her human to head home as the games conclude. We don’t know if we’ll see Vonn in another four years in Beijing, but if we do, perhaps Lucy will be in tow for that trip as well.