The Selfie Olympics: What’s The Impact Of Social Media On Performance?

What harm could a simple tweet possibly have on the performance of an Olympian? More than you might think. 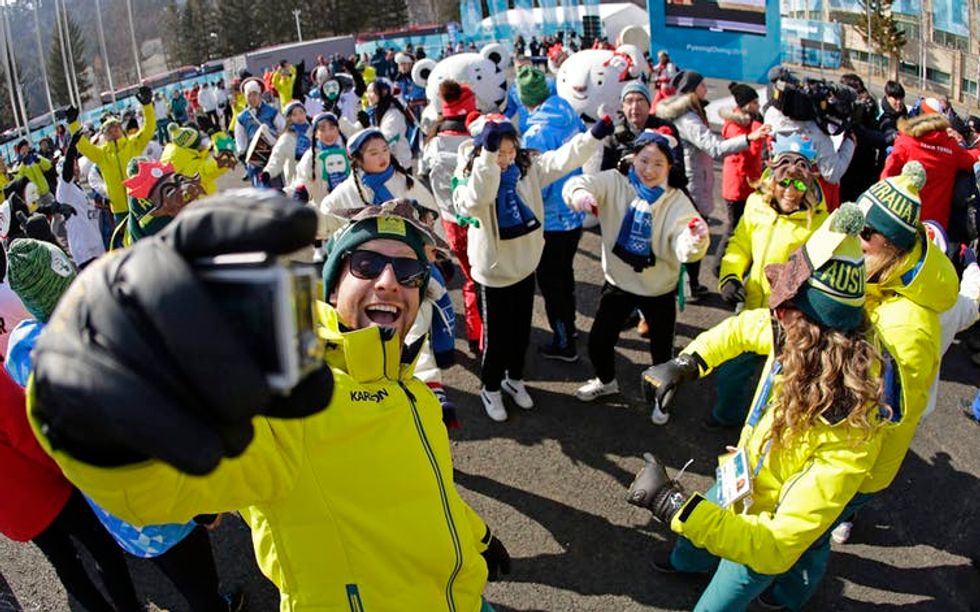 There has always been a symbiotic relationship between media, sports, and athletes. Sports provides content for media, which in turn promotes the performances of athletes. But the advent of social media has disrupted this traditional connection.

Rather than relying solely on media to be the gatekeeper of sports news and information, athletes are now controlling their own narratives through Twitter, Instagram, and Facebook.

At the Olympic Games, this has become the new normal for keeping up with athletes. But does the use of social media help or hinder an athlete’s performances at the Olympics?

Social media offers a host of benefits for athletes. They are able to stay connected with friends and family, interact with fans, and allow spectators to feel part of the action while also capturing invaluable memories.

Most of the research concerning athletes’ use of social media centres on its marketing advantage. In Sport Marketing Quarterly, researchers recommended athletes engage more with fans and share information about their lives to better leverage marketing opportunities. Similarly, Ryerson University professor Katie Lebel and her colleague examined how athletes presented themselves on Twitter and determined it to be an extension of the athlete’s brand, providing a means for them to build and promote themselves.

Social media is a marketing tool

While social media may assist athletes with sports marketing, ultimately performance is the most important factor for any Olympian. What is the relationship between social media and performance? Currently, little research exists to help answer this question.

As an Olympian, researcher, and consultant in sport psychology, I am intrigued by this phenomenon and am currently conducting a study in this area on the Pyeongchang Games.

The field of sport psychology is concerned with understanding the psychosocial factors that positively and negatively influence performances of athletes, as well as the strategies that will promote excellence.

Specifically, researchers have been able to identify the characteristics which distinguish successful Olympians from those less successful. In a study examining the development of Olympic champions, Daniel Gould, Kristen Dieffenbach, and Aaron Moffet found athletes to have a high degree of confidence, mental toughness, optimism, and were goal oriented and students of their sport. These athletes were also able to block out distractions and control their level of anxiety.

The U.S. figure skating team team pose for a selfie on the podium after their third place finish at the 2018 Winter Olympics. Photo by Julie Jacobson/AP Photo.

Comparatively, many studies have found media exposure to be an Achilles’ heel for sport performance, negatively affecting athletes at the Olympics. For example, a survey of Winter Olympians published in the Journal of Sports Sciences found media to be one of four major sources of stress. Likewise, athletes competing in the Atlanta Summer Games and Nagano Winter Games identified media as a factor which negatively impacted their performance.

The negative impact on performance

One of a few studies exploring the use of social networking sites by athletes found a large majority of athletes used Facebook in the two hours before their sport competition, with many using it during the competition. More importantly, they determined sport anxiety to increase when athletes spent time on Facebook prior to competition. Elevated sport anxiety can bring a wide array of other negative consequences like fear of failure and choking.

In an effort to combat the negative effect media can have on performance, some athletes will engage in a “media diet” or a blackout period. This may involve decreasing interaction with the media or directing all media requests to a team manager.

This is what I did when I competed at the Olympic Games and other major events. It allowed me to control my environment and my emotions. It is very easy for an athlete to shift their focus to the thoughts and opinions of others, taking them away from what it is they should be focusing on.

For example, self-efficacy — the belief one has in their ability — can be easily influenced by what others tell an athlete.

The impacts of positive and negative feedback

If an athlete is receiving positive feedback, their self-efficacy can be elevated. If they are receiving negative commentary, their belief in their ability can be compromised. This means fans and those trolling social networking sites have the subtle power to influence the mental state of an athlete.

However, in this new era of social media perhaps this new generation of athletes are developing skills that enable them to better manage social media’s negative impact.

U.S. snowboarder Chloe Kim tweeted her frustration of not finishing her breakfast sandwich and feeling hangry during the halfpipe competition. She ended up winning gold. On the other hand, Cate Campbell from Australia was not so fortunate in the 100m freestyle at the Rio Olympics. The world record holder would finish sixth in the finals after receiving a message from a friend.

For athletes like U.S. figure skater Adam Rippon, social media can allow them to win the hearts of spectators. For others, like Canada’s Gabrielle Daleman (who violated her own social media diet at the Olympics), it can be a gateway for bullies.

The verdict is still out as to whether most athletes can use social media during the Olympic Games and still perform well. For now, I would recommend athletes go on a media diet to control their environment and feelings as much as possible. Why give anyone the opportunity to have power over you after years of training for this one moment in time?