While You Were Looking At Bombs, Trump Quietly Changed Obamacare

Prepare for a much shorter enrollment period 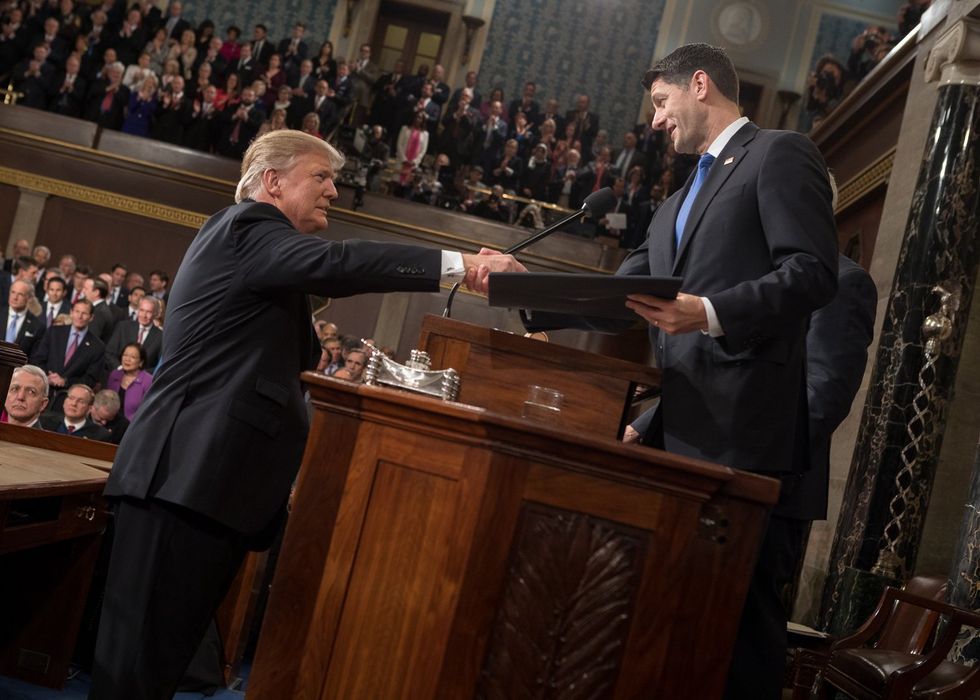 Over the last few weeks, the United States has fired more than 50 Tomahawk missiles into Syria in an attempt to send a message to its president, Bashar al-Assad, dropped the “mother of all bombs” on Afghanistan to smoke out an ISIS stronghold, and is now threatening a preemptive strike against North Korea if the small, isolated nation appears ready to test yet another nuclear weapon.

Suffice to say, it’s been a busy week for the U.S. military, but as we were all distracted looking at military might (we’re looking at you, Brian Williams), President Donald Trump quietly made significant changes to Obamacare that will affect millions of people.

In an effort to appease insurance companies and attract more to rejoin the exchange, the Trump administration issued changes on Thursday that make it harder for people to drop in and out of the insurance marketplace. Insurance companies claim that some people only add insurance when they are sick and drop out after receiving treatment. Additionally, the open enrollment period was cut in half.

“The stability and competitiveness of the Exchanges, as well as that of the individual and small group markets in general, have recently been threatened by issuer exits and increasing rates in many geographic areas,” the new regulation reads. “Some issuers have had difficulty attracting and retaining the healthy consumers necessary to provide for a stable risk pool that will support stable rates. In particular, some issuers have cited special enrollment periods and grace periods as potential sources of adverse selection that have contributed to this problem.”

However, what the new regulation lacks is any mention of cost-sharing reductions, which lower out-of-pocket costs for the poorest employees and are paid directly to insurers. Trump, as Huffington Post reported, repeatedly threatened to cut off those payments, a threat that insurance companies are hoping is another empty promise.

[quote position="full" is_quote="true"]Health plans and the consumers they serve need to know that funding for cost-sharing reduction subsidies will continue uninterrupted.[/quote]

"There is still too much instability and uncertainty in this market," Marilyn Tavenner, president of America's Health Insurance Plans and the industry's top lobbyist, said in a statement. “Health plans and the consumers they serve need to know that funding for cost-sharing reduction subsidies will continue uninterrupted.”

Tavenner added that, without funding, millions of Americans who buy their own plans will be harmed. “Many plans will likely drop out of the market. Premiums will go up sharply—nearly 20 percent—across the market.” She noted that costs will go up for taxpayers and doctors and hospitals will see even greater strains on their ability to care for people. “We urge Congress and the administration to act now to guarantee funding for cost-sharing reduction subsidies.”

Beyond cutting the enrollment period and failing to address cost-sharing subsidies, the new regulation also allows insurance companies to refuse to sell policies to consumers who fail to make all their premium payments this year. The new regulations also make it more difficult for people who have major life changes, such as getting married or moving jobs, to gain insurance after the enrollment period. Previously, people simply had to attest that they had a life change, now they will need documentation to prove it. Additionally, the new regulations will allow insurance companies to sell plans that cover less and instead hand off more of the expense for visits, medical care, and prescription costs to the consumer.

Even with these changes, Trump still has his sights set on repealing and replacing Obamacare completely. Seema Verma, the Trump administration official responsible for the markets, said in a statement, "While these steps will help stabilize the individual and small group markets, they are not a long-term cure for the problems that the Affordable Care Act has created in our health care system."