Which Countries Struggle to Afford Food?

In nations that are both considered "fully developed" and "still developing," many people struggle to afford the necessary food to stave off... 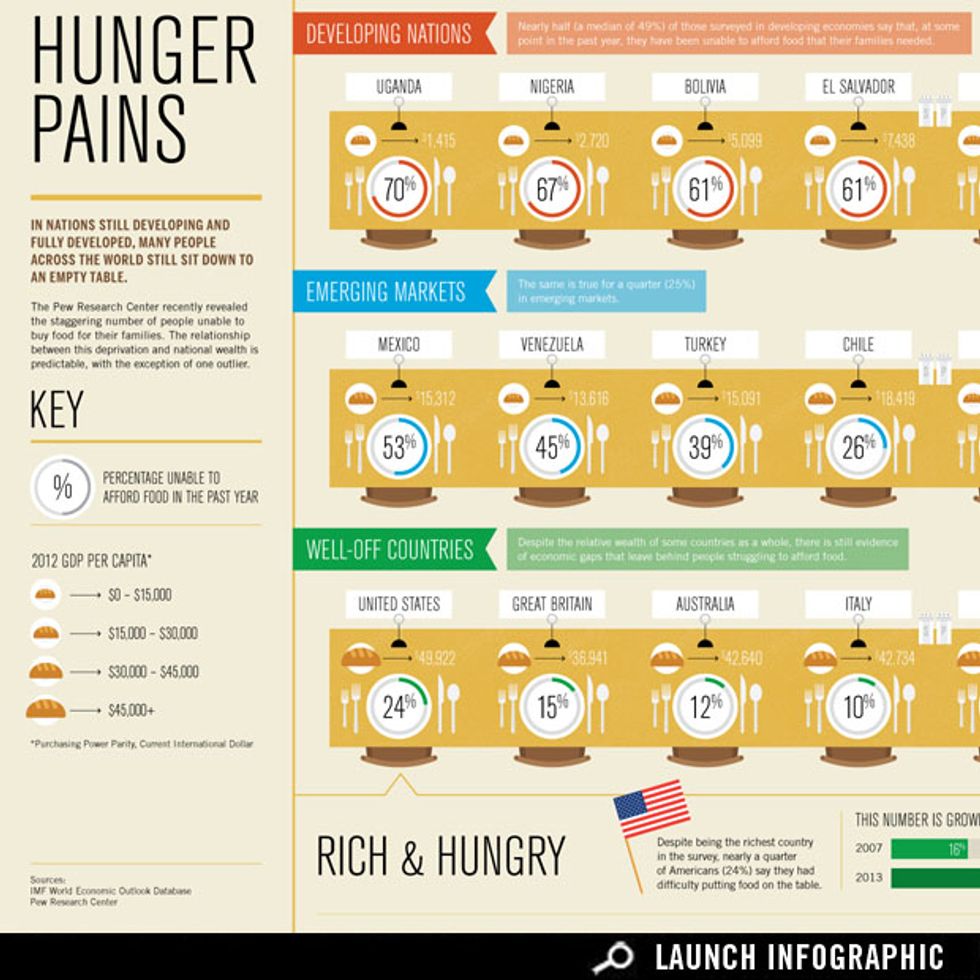 In nations that are both considered "fully developed" and "still developing," many people struggle to afford the necessary food to stave off hunger. The Pew Research Group recently revealed the staggering number of people unable to buy food for their families. The relationship between this deprivation and national wealth is not unexpected, but perhaps surprisingly, there is one fully developed country considered "well off" that has nearly 25% of its population that struggles to afford basic food: the United States. Check out the infographic to see more about how other countries compare when it comes to food security and what percentage of the population sits down to an empty dinner table.