Until recently, food-borne illness was most often associated with contaminated meat. But after last year's tomato scare,... 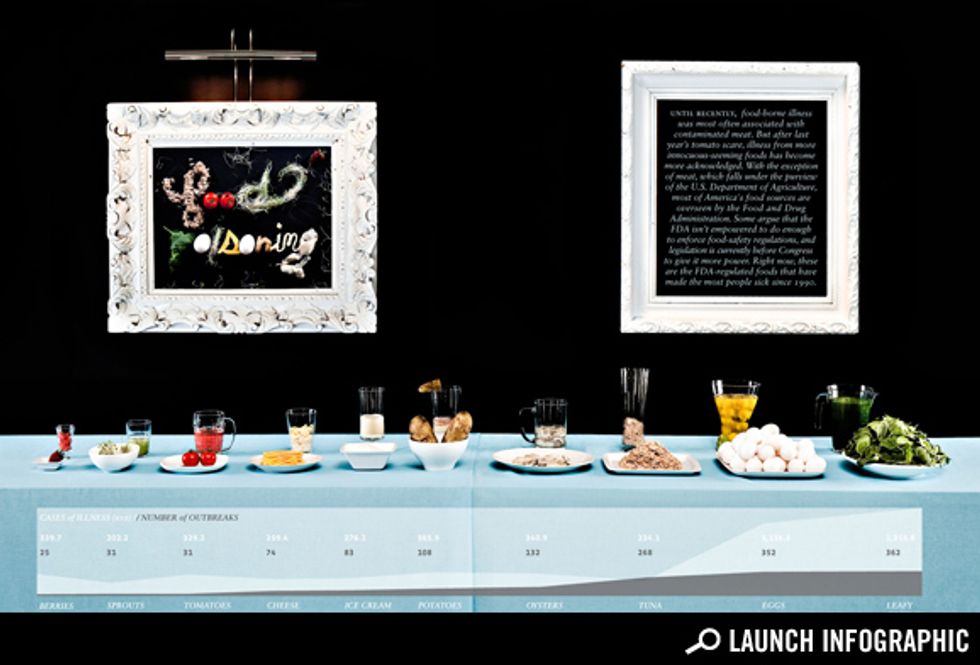 Until recently, food-borne illness was most often associated with contaminated meat. But after last year's tomato scare, illness from more innocous-seeming foods has become more acknowledged. With the exception of meat, which falls under the purview of the U.S. Department of Agriculture, most of America's food sources are overseen by the Food and Drug Administration. Some argue that the FDA isn't empowered to do enough to enforce food-safety regulations, and legislation is currently before Congress to give it more power. Right now, these are the FDA-regulated foods that have made the most people sick since 1990.A collaboration between GOOD and Chris Korbey.