Transparency: How Clean Is Your Tap Water?

Even though water comes out of the faucet looking clean and clear, there is a good chance it has some pretty nasty stuff in it. A new study has... 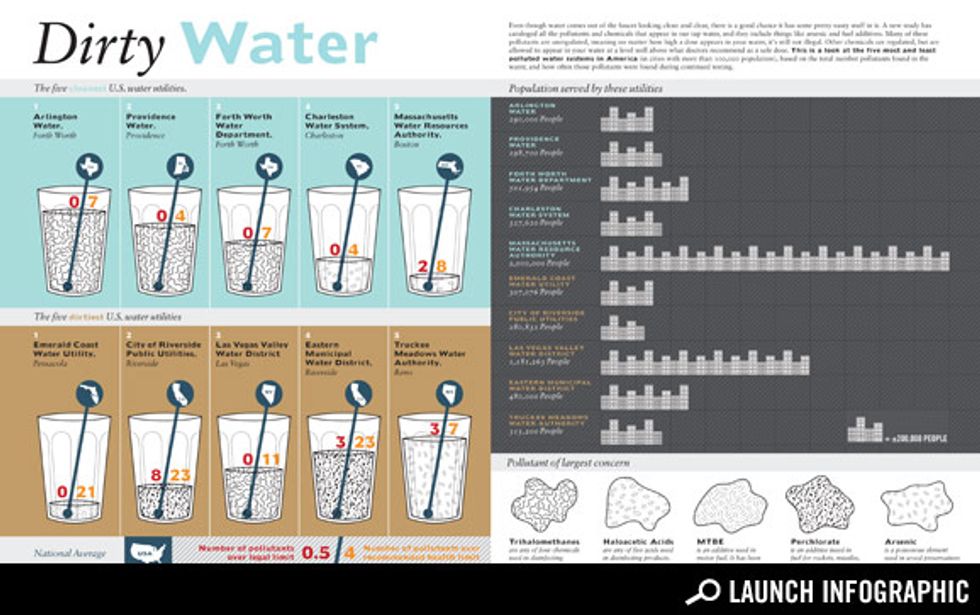 Even though water comes out of the faucet looking clean and clear, there is a good chance it has some pretty nasty stuff in it. A new study has cataloged all the pollutants and chemicals that appear in our tap water, and they include things like arsenic and fuel additives. Many of these pollutants are unregulated, meaning no matter how high a dose appears in your water, it's still not illegal. Other chemicals are regulated, but are allowed to appear in your water at a level well above what doctors recommend as a safe dose. This is a look at the five most and least polluted water systems in America (in cities with more than 100,000 population), based on the total number pollutants found in the water, and how often those pollutants were found during continued testing.

To see how your water is, go to the Environmental Working Group's National Drinking Water Database.

A collaboration between GOOD and Naz ?ahin and ?erifcan Özcan.

CORRECTION: Due to a typo, we noted that the best water in the country was in Forth Worth, rather than Fort Worth. The error has been corrected.