Transparency: Which Countries Eat the Most Meat

An increase in the consumption of meat is directly correlated to an increase in a country's economic development. As a country becomes richer,... 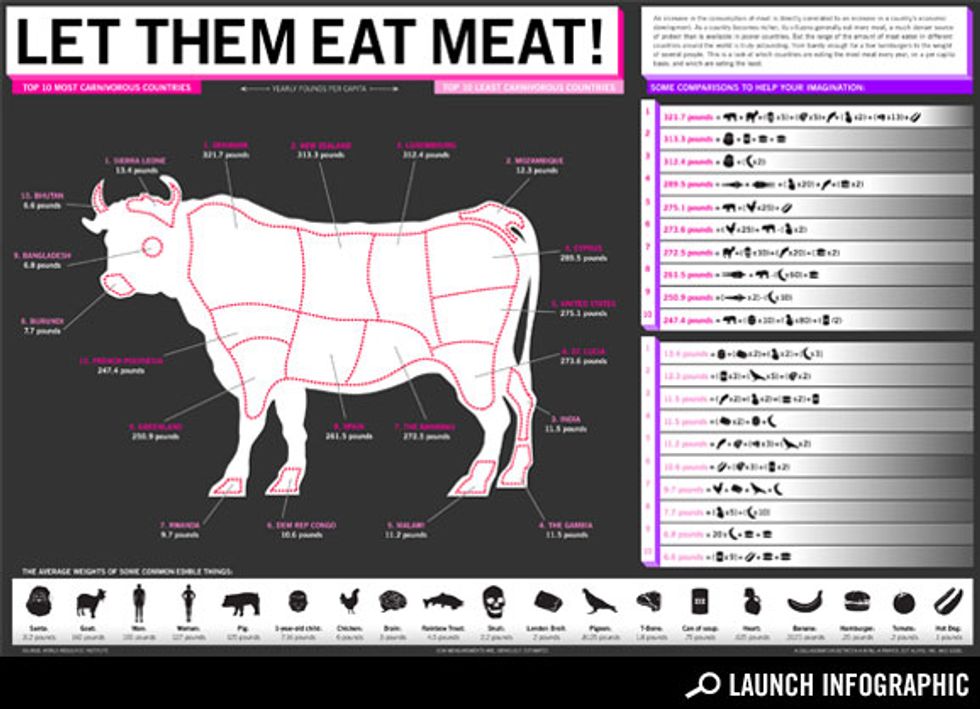 An increase in the consumption of meat is directly correlated to an increase in a country's economic development. As a country becomes richer, its citizens generally eat more meat, a much denser source of protein than is available in poorer countries. But the range of the amount of meat eaten in different countries around the world is truly astounding, from barely enough for a few hamburgers to the weight of several people. Our latest Transparency is a look at which countries are eating the most meat every year, on a per capita basis, and which are eating the least.UPDATE: We've changed some of the colors on this piece to make it more readable. You can see the original version here.For a full list of countries by meat consumption, going back to 1961, click here (Via the Guardian Data Blog).A collaboration between GOOD and Zut Alors, Inc.