Why is Obama Smiling? He Just Read Some of Your Mean Comments from the Internet.

The President showed his funny side last night. 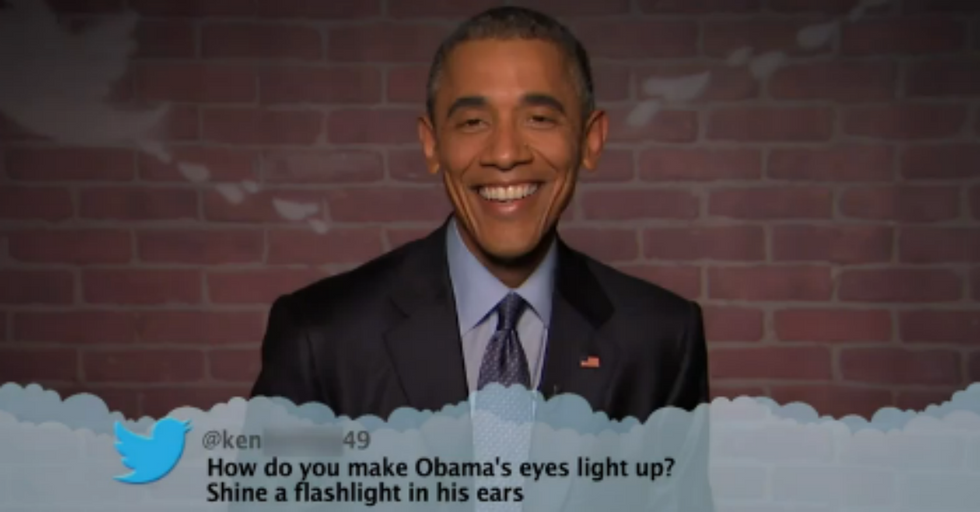 President Obama showed his funny side last night when he took part in the popular “Mean Tweets” segment on “Jimmy Kimmel Live.” Getting the commander-in-chief to do an interview was a big score for the late night host, but having him take part in the Twitter “roast” was priceless. Obama took it all in stride and appeared to get a kick out of reading the less than flattering comments. He now joins a distinguished group of people to be on “Mean Tweets,” including Sam Smith, Katy Perry and Lady Gaga. Rock on Mr. President.