So why are teachers in 40 states being evaluated with them? 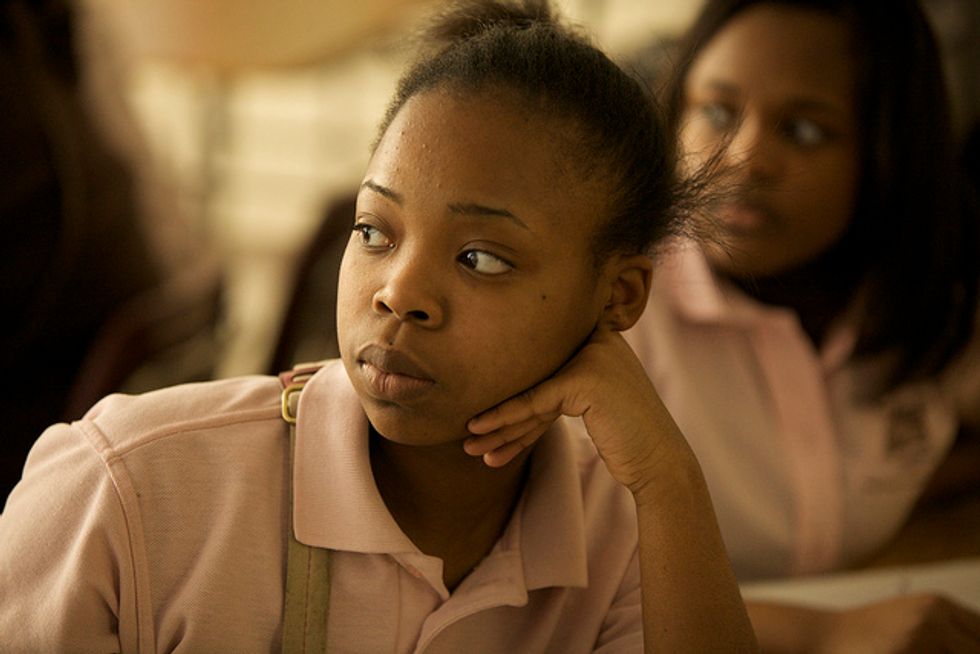 Every year, policymakers across the U.S. make life-changing decisions based on the results of standardized tests.

These high-stakes decisions include, but are not limited to, student promotion to the next grade level, student eligibility to participate in advanced coursework, eligibility to graduate high school, and teacher tenure. In 40 states, teachers are evaluated in part based on the results from student standardized tests as are school administrators in almost 30 states.

[quote position="left" is_quote="true"]Whether you’re trying to measure proficiency or growth, standardized tests are not the answer.[/quote]

However, research shows that the outcomes of standardized tests don’t reflect the quality of instruction as they’re intended to. Colleagues and I have conducted studies in New Jersey, Connecticut, Massachusetts, Iowa, and Michigan.

The results show that it’s possible to predict the percentages of students who will score proficient or above on some standardized tests. We can do this just by looking at some of the important characteristics of the community rather than factors related to the schools themselves, like student-teacher ratios or teacher quality.

This raises the possibility that there are serious flaws built into education accountability systems and the decisions about educators and students made within those systems.

Students’ scores on mandated standardized tests have been used to evaluate U.S. educators, students, and schools since President George W. Bush signed the No Child Left Behind Act (NCLB) in 2002.

The Obama administration expanded standardized testing through requirements in the Race to the Top grant program and by funding the development of two national standardized tests related to Common Core State Standards: Smarter Balanced Assessment Consortium (SBAC) and the Partnership for Assessment of Readiness of College and Careers (PARCC).

45 states initially adopted Common Core in some form. Approximately 20 are currently part of the PARCC or SBAC consortia. Key portions of Race to the Top applications required states use student test results to evaluate teachers and principals.

For example, median family income is a strong predictor of SAT results. Other factors strongly linked to achievement on state standardized tests include parental education levels, percentage of lone parents in the school community, and percentage of families living in poverty in the community.

I WOULD LIKE YOU ALL TO KNOW THAT I AM DROPPING OUT BECAUSE I WILL NEVER MAKE IT IN COLLEGE ACCORDING TO STUPID STANDARDIZED TESTS
— Sam 🍍 (@Sam 🍍)1497935769.0

We decided to see if we could predict standardized test scores based on demographic factors related to the community where a student lived. By looking at three to five community and family demographic variables from U.S. Census data, we have been able to accurately predict the percentages of students who score proficient or above on standardized test scores for grades three through 12. These predictions are made without looking at school district data factors such as school size, teacher experience, or per-pupil spending.

Our models can identify how much a particular variable affects students’ scores. That allows us to identify the most important demographic characteristics as they relate to the test results. For example, by looking at just one characteristic — the percentage of families in a given community living in poverty — we can explain almost 58% of the test’s score in eighth-grade English language arts.

[quote position="full" is_quote="true"]High school GPA is a better predictor of student success in the first year of college than the SAT.[/quote]

An earlier study that focused on fifth-grade test scores in New Jersey predicted the results accurately for 84% of schools over a three-year period.

@VoteTessTeague I pray for the teachers who's jobs depend on the students' performance on standardized tests.
— TMB Jackhole #16 (@TMB Jackhole #16)1491234337.0

To be clear, this doesn’t mean that money determines how much students can learn. That couldn’t be further from the truth. In fact, our results demonstrate that standardized tests don’t really measure how much students learn or how well teachers teach or how effective school leaders lead their schools. Such tests are blunt instruments that are highly susceptible to measuring out-of-school factors.

[quote position="full" is_quote="true"]The results tell more about the community in which a student lives than the amount the student has learned.[/quote]

Though some proponents of standardized assessment claim that scores can be used to measure improvement, we’ve found that there’s simply too much noise. Changes in test scores from year to year can be attributed to normal growth over the school year, whether the student had a bad day or feels sick or tired, computer malfunctions, or other unrelated factors.

According to the technical manuals published by the creators of standardized assessments, none of the tests currently in use to judge teacher or school administrator effectiveness or student achievement have been validated for those uses. For example, none of the PARCC research, as provided by PARCC, addresses these issues directly. The tests are simply not designed to diagnose learning. They are simply monitoring devices, as evidenced by their technical reports.

The bottom line is this: Whether you’re trying to measure proficiency or growth, standardized tests are not the answer.

@BetsyDeVosED Nothing better predicts how kids will do on standardized tests than where they sit along the spectrum of poverty and privilege
— Laura Hosto (@Laura Hosto)1489548527.0

Though our results in several states have been compelling, we need more research on a national level to determine just how much test scores are influenced by out-of-school factors.

If these standardized test results can be predicted with a high level of accuracy by community and family factors, it would have major policy implications. In my opinion, it suggests we should jettison the entire policy foundation that uses such test results to make important decisions about school personnel and students. After all, these factors are outside the control of students and school personnel.

Although there are ideological disputes about the merits of standardized tests results, the science has become clearer. The results suggest standardized test results tell more about the community in which a student lives than the amount the student has learned or the academic, social, and emotional growth of the student during a school year.

Although some might not want to accept it, over time, assessments made by teachers are better indicators of student achievement than standardized tests. For example, high school GPA, which is based on classroom assessments, is a better predictor of student success in the first year of college than the SAT.

This change would go a long way to providing important information about effective teaching, compared with a test score that has little to do with the teacher.

From Your Site Articles
Trending Topics
THE DAILY GOOD
Start your day with something GOOD.
Trending Stories
Health