The Four-Day Workweek Is A Great Idea, But Bad For Your Health

Inside the quest for a “Goldilocks” schedule: not too long, not too short, and just right for the bottom line. 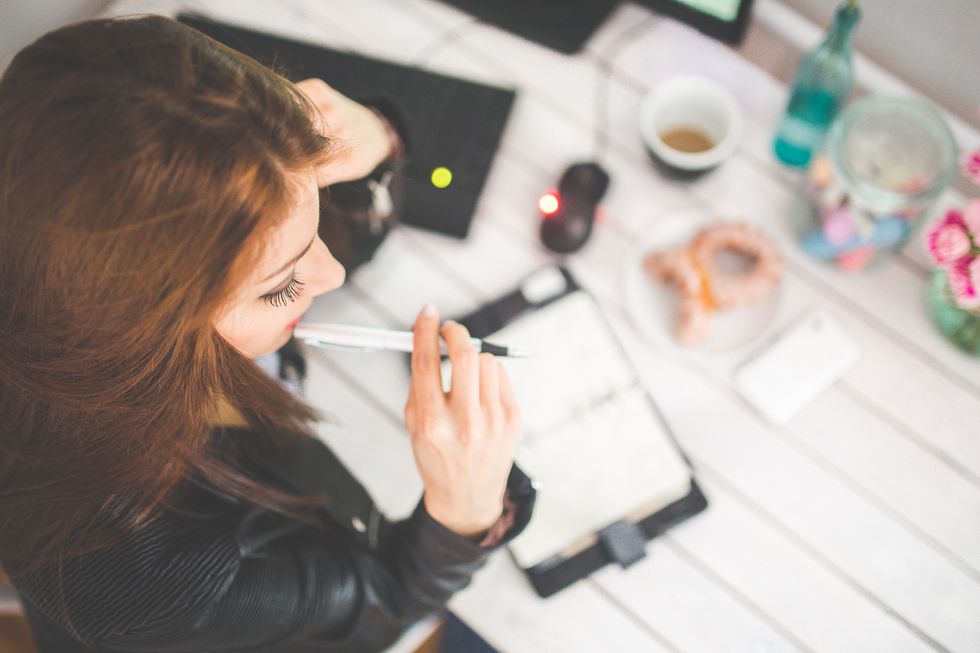 Studies have found that vacations are great for your health. And now that you’re back from your three-day Labor Day weekend, it’s probably tempting to think about turning every workweek into a four-day workweek.

Proponents of “compressed” work schedules—those in which employees work longer hours for fewer days of the week—point to gains in productivity that result from decreased overhead costs, such as not having to keep the lights on when nobody is working. Additional cost savings can be obtained from reducing total weekly commuting time.

[quote position="right" is_quote="true"]Despite wishes to the contrary, there are still only 24 hours in a day.[/quote]

A variety of businesses have already tested the concept, including Amazon, Google, Deloitte and a host of smaller firms. Amazon announced in late August that it is experimenting with an even shorter workweek of 30 hours for select employees, who would earn 75 percent of their full-time salary, should they choose to opt in.

Many of the pilot programs have shown promising results. Statistics from the Society for Human Resource Management indicate that 31 percent of employees were in a compressed workweek schedule as of 2015 (though only 5 percent of large companies follow suit).

I have been studying the health effects of long working hours for nearly 30 years, and all the studies point to the potential dangers that can occur as a result of the additional risks created when work demands exceed a particular threshold. Most of the studies I have performed suggest that the dangers are most pronounced when people regularly work more than 12 hours per day or 60 hours per week—even if they get an extra day off.

The idea of a four-day workweek is not new. Labor experts have been studying and advocating these approaches since the 1970s. For example, in 2008, researchers from Brigham Young University conducted a series of surveys among employees and community members to assess their perspectives about a four-day workweek. The researchers found that about four-fifths of the employees reported a positive experience working that type of schedule.

Based on these positive results, Utah’s governor enacted a mandatory four-day workweek for all state employees. The state’s goal was to curb energy costs, improve air quality, ensure that needed services would still be available (for instance, garbage collection) and help to recruit and retain state employees.

In 2011, however, Utah reversed course, saying that savings never materialized.

But there are hidden dangers.

Despite the widespread enthusiasm for a four-day week, I am not convinced that kind of schedule is beneficial for employees or for businesses. The primary problem with the idea is that whatever work needs to be done, needs to get done in the same amount of total time. Despite wishes to the contrary, there are still only 24 hours in a day.

The math is simple: Working five eight-hour shifts is equivalent to working four 10-hour shifts. That’s true. But the implications of these schedules are different. The danger is in disregarding the health effects that can occur as a result of fatigue and stress that accumulate over a longer-than-normal working day.

I performed a study showing that the risk of suffering an industrial accident is raised by 37 percent for employees working more than 12 hours in a day. The risk is 61 percent higher for people in “overtime” shifts. Working more than 60 hours in a week is related to an additional injury risk of 23 percent. As the hours worked in those schedules increase, the risks grow accordingly.

More recently, Dr. Xiaoxi Yao, a colleague of mine who is now at the Mayo Clinic, and I recently performed another study using 32 years of work-hour information to analyze the relationship between long working hours over many years and the risk of being diagnosed with a chronic disease later in life. We found that the dangers were quite substantial, especially for women.

These studies show that not all hours are created equal. The research suggests that harm may occur past a certain point. A four-day week causes workers to squeeze more hours than usual into a day. For workers who are already prone to overwork, the additional burden of compressing five days into four could literally break the camel’s—or worker’s—back.

Besides the health issues, employers and workers also need to consider the effect that compressing hours into a four-day period has on workers’ mental health, stress levels and fatigue. Occupational psychologists realize that people do not function as effectively when tired or stressed. This may be even more of a concern for older persons.

Moreover, just squeezing five days of 10-hour-a-day work into a compressed 40-hour schedule can create more rigidity and reduced flexibility for families and children. For example, if the two additional work hours per day are added onto a conventional day schedule that begins in the morning at approximately 8 or 9 a.m. and extends into the late afternoon hours at about 4 to 5 p.m., then many working parents will lose the ability to interact with their children just at the “prime time” of about 5 to 7 p.m. when kids otherwise would be most likely to be in the house and potentially available to socialize with their siblings and parents—before their bedtime arrives.

There are many obvious ways to address these concerns and make life easier for workers and their families. Don’t overwork. Don’t stay too long at work. Find a job with an employer that has flexible working hours.

I don’t know about you, but the prospect of a four-day week scares me. I already have a hard enough time getting my regular weekly work done over five days. And it’s always so tempting to glance at my work email—just a couple more notes to jot down.

Instead, why not just pull back at a certain point? Maybe it’s time to take Friday off every so often. How about ending work at noon on Fridays, as is the practice of many Jews, to bring in the weekend in a gradual way? The trade-off, if necessary, would involve adding a small increase of one hour per day to the normal Monday through Friday schedule. That approach is actually my personal favorite.

My friend Lonnie Golden, a professor at Pennsylvania State University—Abington, advocates adopting a “Goldilocks” workweek: one that is not too long, not too short, and that satisfies the employer’s interest in productivity and the employee’s interest in attaining good health and well-being.