Barcelona’s Hash, Marijuana and Hemp Museum has some lavish digs. 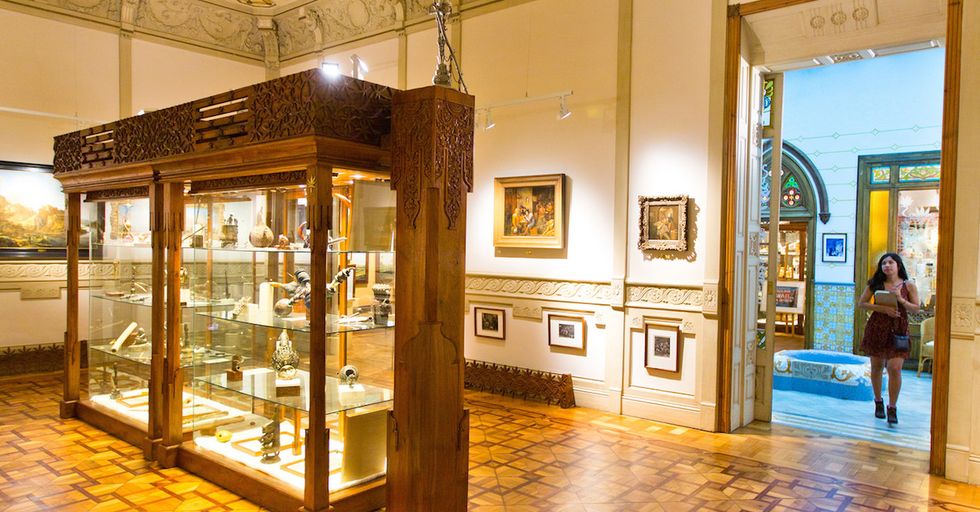 When celebrated Spanish moderniste architect Raspall i Mayol Manuel Joaquim renovated the Palau Mornau in 1908, he likely did not foresee its fate as a marijuana museum. Previously, the 15th century palace had been home to the Sancliment family, and then the Mornau family, who commissioned Joaquim to do the remodel. The architect rendered their home in the highly fashionable style of architecture known as Catalan modernisme, which was characterized by curves, natural and organic motifs, and rich, opulent embellishments.

In the past century, however, the building has been ravaged by time. In 2002, the estate was acquired by Ben Dronkers, the founder of Sensi Seed, a cannabis seed bank, and HempFlax, a purveyor of hemp products, and refurbished once again. It’s now home to the Barcelona location of Dronkers’ Hash, Marijuana and Hemp Museum, which also has a branch in Amsterdam.

The museum features all manner of cannabis-related paraphernalia, old and new, and art works of cannabis and cannabis use throughout history. Their extensive collection includes antique smoking pipes, 17th century medicinal marijuana bottles, pre-war machinery once used to process hemp, as well as informational documents that enumerate the cannabis plant’s numerous industrial, medicinal, nutritional, and ritualistic uses. All of it is displayed on the lavish Palau Mornau estate. Click though to the slideshow to see photos of the impressively furnished musuem.