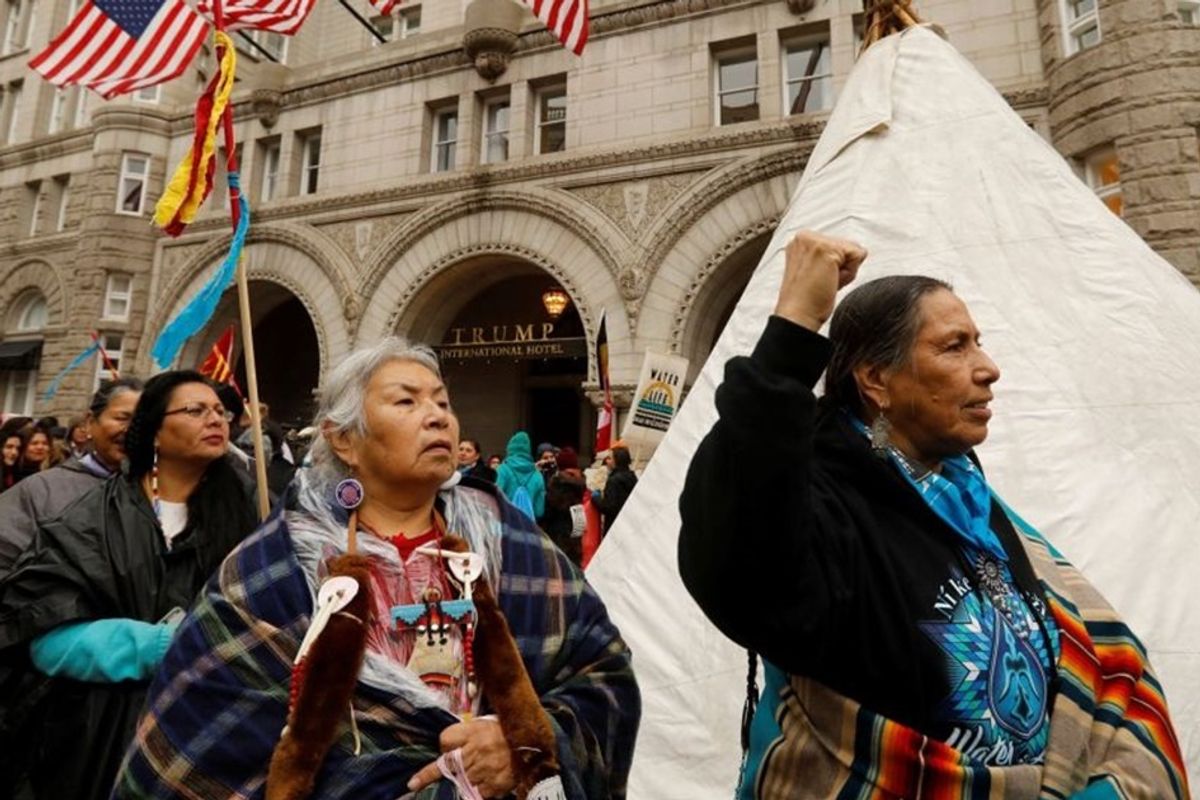 A federal judge handed down a major victory for the Standing Rock Sioux tribe of North Dakota on Wednesday, ruling that the U.S. Army Corps of Engineers violated the National Environmental Policy Act by approving federal permits for the Dakota Access Pipeline.

The USACE must complete a full environmental impact study of the pipeline, including full consideration of concerns presented by the Standing Rock Tribe, the judge ruled. The tribe has asked the court to ultimately shut the pipeline down.

BREAKING: The Standing Rock Sioux Tribe scored a major victory in the fight against the Dakota Access Pipeline today when a court found the Trump administration violated the law when it issued permits for the project. #NoDAPL https://t.co/JStMsEilbN
— Earthjustice (@Earthjustice) March 25, 2020

The court chastised the USACE for moving ahead with affirming the permits in 2016 and allowing the construction of the Dakota Access Pipeline (DAPL) crossing the Missouri River after President Donald Trump assumed office in 2017, without considering the expert analysis put forward by the tribe.

"After years of commitment to defending our water and earth, we welcome this news of a significant legal win. It's humbling to see how actions we took four years ago to defend our ancestral homeland continue to inspire national conversations about how our choices ultimately affect this planet."—Mike Faith, Standing Rock Sioux Tribe

The Standing Rock Sioux had raised concerns regarding the likelihood and danger of potential oil spills, DAPL's leak-detection system, and the safety record of Sunoco Logistics, the company behind the pipeline. Sunoco "has experienced 276 incidents resulting in over $53 million in property damage from 2006 to 2016" and has "one of the lowest performing safety records of any operator in the industry," the tribe's experts found.

The federal ruling "validates everything the Tribe has been saying all along about the risk of oil spills to the people of Standing Rock," said Earthjustice attorney Jan Hasselman in a statement. "The Obama administration had it right when it moved to deny the permits in 2016, and this is the second time the court has ruled that the government ran afoul of environmental laws when it permitted this pipeline. We will continue to see this through until DAPL has finally been shut down."

DAPL and the fight against the pipeline was the subject of international attention in 2016 when thousands of water defenders gathered at camps in North Dakota, facing a highly militarized police force armed with tanks, riot gear, rubber bullets, and other weapons.

Since Trump reversed former President Barack Obama's December 2016 order denying the permits and allowed the construction to be completed in June 2017, the tribe has challenged the permits and demanded the USACE conduct a full environmental analysis.

"Such thanks to all who fight!" he wrote.

"After years of commitment to defending our water and earth, we welcome this news of a significant legal win," said Standing Rock Sioux Tribe Chairman Mike Faith.

"It's humbling to see how actions we took four years ago to defend our ancestral homeland continue to inspire national conversations about how our choices ultimately affect this planet," Faith continued. "Perhaps in the wake of this court ruling the federal government will begin to catch on, too, starting by actually listening to us when we voice our concerns."

Others on social media celebrated the victory and applauded the "tireless efforts" of the campaigners, with the East Bay Democratic Socialists of America calling the decision the "absolute best possible outcome" of the court battle.

🚨🚨BREAKING🚨🚨
How about some good news?

Thanks to massive pressure from indigenous resistance movements, a federal judge struck down the permit for the Dakota Access Pipeline!https://t.co/oLCLecdal7
— East Bay DSA 🌹 (@DSAEastBay) March 25, 2020

#BREAKING A huge win! The Dakota Access Pipeline permits have officially been struck down. Major congrats and gratitude to the Standing Rock Sioux Tribe for their tireless efforts! #NoDAPL #StandingRockhttps://t.co/WPQxcvjGfF
— Sierra Club BC (@SierraClubBC) March 25, 2020

"This is why we never stop fighting," Earthjustice president Abbie Dillen said.

This article was originally published by Common Dreams and was written by Julia Conley.

From Your Site Articles
Related Articles Around the Web
environment
Trending Topics
THE DAILY GOOD
Start your day with something GOOD.
Trending Stories
Slideshows