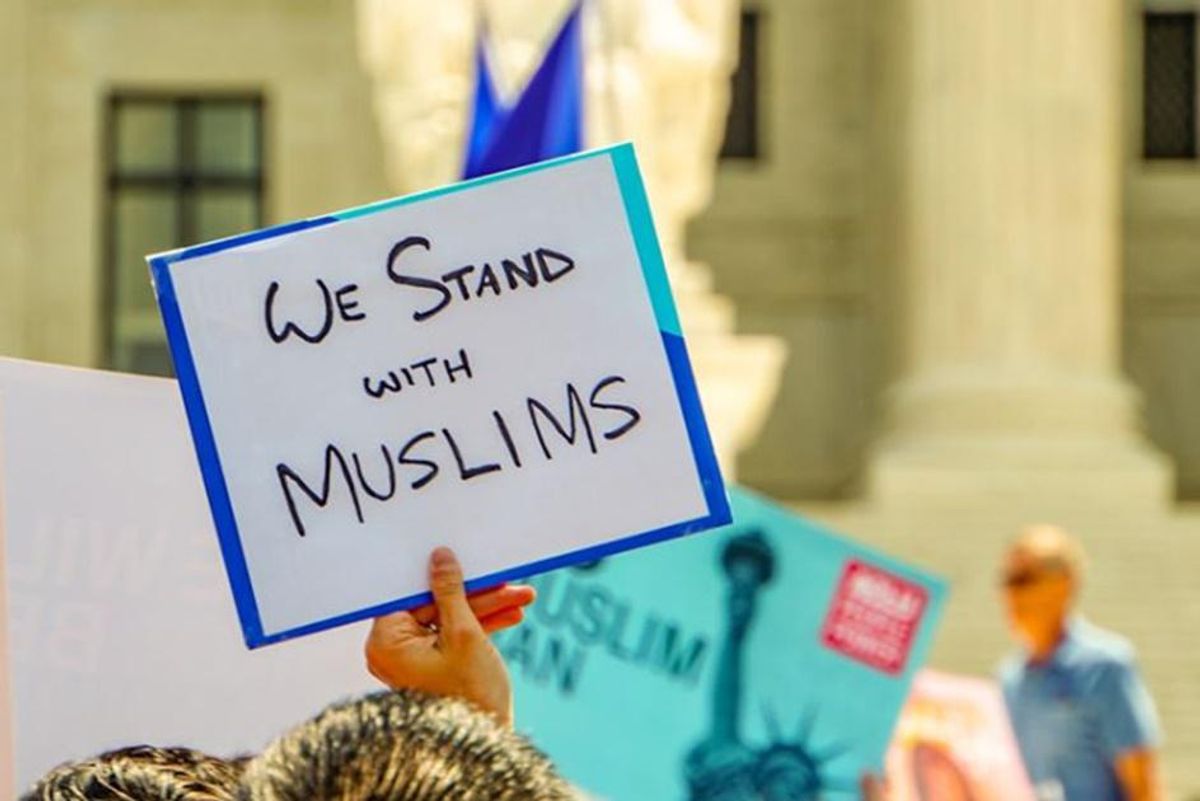 In a unanimous decision Thursday, the U.S. Supreme Court ruled that Muslim individuals who accused the FBI of placing them on the no-fly list in retaliation for refusing to spy on their communities can sue federal agents for damages, upholding a lower court opinion and rejecting the Trump administration's challenge to the lawsuit.

The case (pdf)—Tanzin v. Tanvir—began in 2013 and involves Muhammad Tanvir, Jameel Algibhah, and Naveed Shinwari, three Muslim U.S. citizens or permanent residents born abroad, who accused the FBI of trying between 2007 and 2012 to use the no-fly list to coerce them into becoming informants in violation of their religious liberty.

The justices ruled that the three men—who said their inclusion on the no-fly list prevented them from visiting family in Pakistan, Afghanistan, and Yemen for years and caused them reputational and employment-related harms—are allowed to seek monetary compensation from government officials under a 1993 federal law called the Religious Freedom Restoration Act, which, as Reuters reported, "was aimed at ensuring the government had compelling reasons to substantially burden any person's exercise of religion."

"It is a soaring feeling," said Tanvir, the lead plaintiff in the case, in a statement Thursday. "I made my life in this country, so this is important not just for me, but for everybody. I don't want the same thing that the FBI did to me to happen to others."

Matthew Callahan, a senior staff attorney at Muslim Advocates, a national civil rights organization that filed a brief (pdf) in support of the plaintiffs, called the Supreme Court's ruling "a rare, unequivocal victory for religious freedom that sets an important standard: government officials can be held accountable for the harm they cause."

"We now know with certainty," Callahan said Thursday, "that the Religious Freedom Restoration Act does allow people to sue the government for damages. This ruling closes a dangerous loophole that effectively gave government officials immunity for many violations of religious liberty."

Big win for religious freedom! The FBI placed Muslim men on the No-Fly List bc they wouldn't spy on other Muslims… https://t.co/JhoKPouPIa
— Muslim Advocates (@Muslim Advocates)1607620841.0

Callahan added that the ruling "also clearly shows how our government has targeted and hurt Muslims."

"It is plainly outrageous," he said, "that the FBI would try and force Muslims to spy on their own community by placing them on the no-fly list."

Today, the Supreme Court sided with our Muslim clients, finding that they can pursue their demands for damages from… https://t.co/PZSvxxAR33
— Diala Shamas (@Diala Shamas)1607619213.0

Diala Shamas, a human rights attorney at the Center for Constitutional Rights (CCR), which represented the plaintiffs, shared a pair of videos on social media in which Tanvir describes how he was punished by the FBI and Shinwari, another plaintiff in the case, explains why he refused to collaborate in the persecution of a "dehumanized... marginalized" minority group.

"The Supreme Court today vindicated our clients' courageous stand for their religious freedom as Muslims who would not spy on their own faith community," said Ramzi Kassem, a professor of law at CUNY who argued the case before the court.

According to Kassem, "The court's unanimous decision also sends a clear message to FBI agents who should think twice now before abusing the power to put people on the no-fly list."

"The FBI cannot continue to assume they can act with impunity in surveilling, harassing, and punishing the Muslim community, and other vulnerable communities federal law enforcement entities seek to target," said CCR legal director Baher Azmy in a statement Thursday.

Callahan pointed out that "for decades now, government surveillance and anti-Muslim policies have been an unavoidable fact of life for American Muslims."

"Because of this ruling," he noted, "American Muslims now know that they can speak out and fight back in court against injustice."

From Your Site Articles
Related Articles Around the Web
religion
Trending Topics
THE DAILY GOOD
Start your day with something GOOD.
Trending Stories