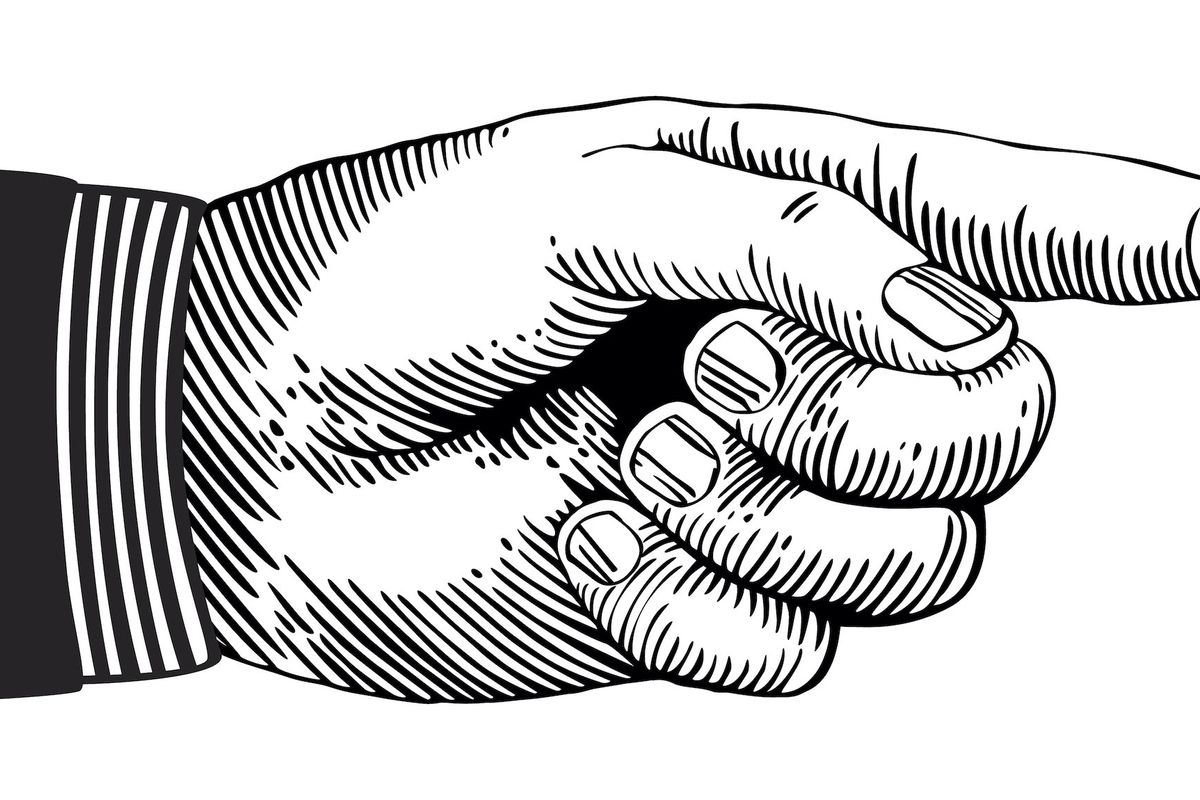 The universal sign for 'Look over there!' isn't so common in some cultures. Helena Ohman/Shutterstock.com

Octopuses have long arms and plenty of smarts, but they don't point. Nor do chimps, gorillas or other apes, at least not in the wild.

Humans, on the other hand, are prodigious pointers. Infants use the gesture before they can talk, often around 1 year of age. By 2, they'll waddle around, their forefingers sweeping over the world like searchlights.

Pointing seems to be in our nature: When people want to draw attention to something, we instinctively extend an index finger. This gesture has been observed across the globe, suggesting that it's a universal human impulse, perhaps like yawning or laughing.

But research my collaborators and I recently published shows that pointing is not simply a matter of human nature. How we point is also a matter of culture. These findings suggest that cognitive scientists still have a lot to learn from other cultures about why humans behave in the ways that they do.

A scrunch and a glance

In 2009, my collaborator, Rafael Núñez, and I joined a fieldwork project in Papua New Guinea's remote interior. The goal was to study the language and culture of the Yupno, an indigenous group of some 8,000 people.

While conducting our interviews, we noticed a distinct way the Yupno would point: They would scrunch their noses while looking toward wherever they wanted to direct your attention. To outsiders, it could easily look like an expression of disgust. But there's nothing negative about it.

This "nose-pointing" gesture, it turned out, was essentially undocumented. After we returned to the U.S., we published some preliminary observations using examples from our videos. But the study left a bunch of questions unanswered. One in particular kept popping up: Was facial pointing just an infrequent quirk, or did the Yupno use it as much – or even more than – hand-pointing? We didn't have a good answer.

None of these claims, however, were supported by systematically collected evidence. So when we returned to the Yupno valley – now joined by another collaborator, James Slotta – we set out to document Yupno pointing more rigorously and, in the process, to weigh in on a bigger question: Do humans universally prefer to point with their hands?

We devised a simple communication game that's played in pairs. One person sits down with five square cloths on the ground in front of them, forming a plus sign. Off to one side is a tray with a number of small, colorful objects on it – beanbags, cylinders and cubes. The person is shown a photo with eight of the objects arranged on the square cloths in a particular way. Their task is to tell their partner how to arrange the objects to match the photo. The instructions don't mention pointing. It's assumed that the players will spontaneously point to instruct their partner.

We played this game with 16 Yupno adults and then, later, 16 undergraduates in California. The Yupno and Americans pointed at about the same rate. But how they pointed was a different story. As you might guess, the Americans almost always used their hands – 95 percent of the time, in fact. But the Yupno participants used their hands much less – only 34 percent of the time. The rest of the time they pointed with the scrunched nose gesture or just a toss of the head.

In the Yupno, at least, pointing with the face is not just an "occasional alternative." Our experiment shows it's how they respond to the impulse to point.

Why do the Yupno point like this? We don't know the full answer yet.

The Yupno do place a high value on discreet communication, so it could be they use facial pointing because it's less conspicuous than finger-pointing. Or it could have to do with the Yupno language, which boasts an unusually large set of demonstratives. (Words like "this" and "that" are often used along with pointing.) Or it could simply be that Yupno people's hands are so often occupied with everyday tasks that they've just gotten used to pointing without them.

Even in American culture, pointing doesn't always take the same form. When our hands are full and we need to point, we'll jerk our head; when trying to be discreet, we'll use our eyes to cast a gaze.

Other cultures have more conspicuous – and, to Western eyes, more colorful – conventions for pointing without the hands. In parts of South America, Asia and Africa, it's common to point with the lips. To do this, you purse, protrude or pout your lips, while looking at whatever it is you want to direct attention to.

Whenever a study finds that another culture does something differently from us, it is natural to ask why "they" do what they do. But cross-cultural findings also often raise questions about why "we" do what we do. Our research is no exception. Facial pointing in one form or another is totally commonplace in indigenous communities all over the world. But it's utterly absent from major metropolises. You don't see Brooklynites scrunching their noses to point or Londoners lip-pointing. Why not? Future work may well reveal something that explains our culture's penchant for the index finger.

Our study is hardly the first to encourage a rethinking of what is "natural." Cognitive scientists once assumed that people everywhere favor the words "left" and "right" over "east" and "west" when talking about space. They also thought humans were universally good at counting and bad at describing smells.

Not any more. In each case, we now know these behaviors have their roots in both nature and culture. Our bodies and brains certainly set broad bounds on our behaviors. But we're still figuring out where those bounds are.

And that's where cross-cultural research like ours steps in. If we want to understand where our behaviors come from, we have to ask how those behaviors vary from one group to the next. So often – even in the case of our most familiar behaviors – there's more to the answer than we would have guessed.

Kensy Cooperrider is a Postdoctoral Scholar in Psychology, University of Chicago

From Your Site Articles
Related Articles Around the Web
Trending Topics
THE DAILY GOOD
Start your day with something GOOD.
Trending Stories
Politics