Thanks to data compiled by Google after the event, we know exactly how much airtime the jobs crisis took up: 26 percent of the 95-minute debate. 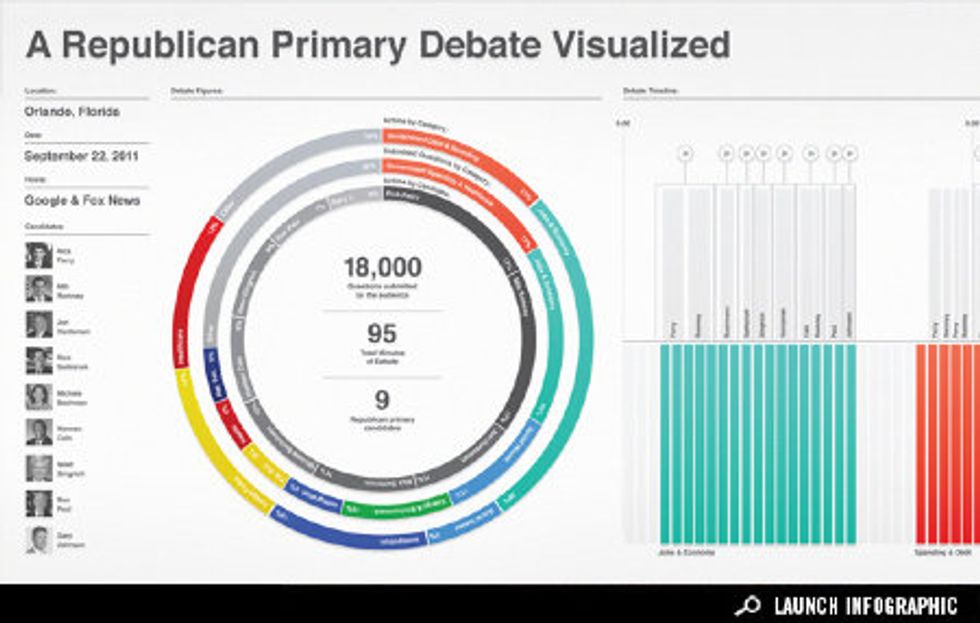 Unsurprisingly, jobs and the economy were the dominant topics at last weeks GOP debate, hosted by Fox News and Google. Thanks to data compiled by Google after the event, we know exactly how much airtime the jobs crisis took up: 26 percent of the 95-minute debate. And though there were nine candidates on stage, two of them—Rick Perry and Mitt Romney—accounted for a full 34 percent of the event. Check out this infographic and interactive timeline to see how the debate evolved over the course of that 95 minutes, then hit the "play" buttons to see clips from particular moments.