A new photo book illuminates the visual culture behind the German Democratic Republic. 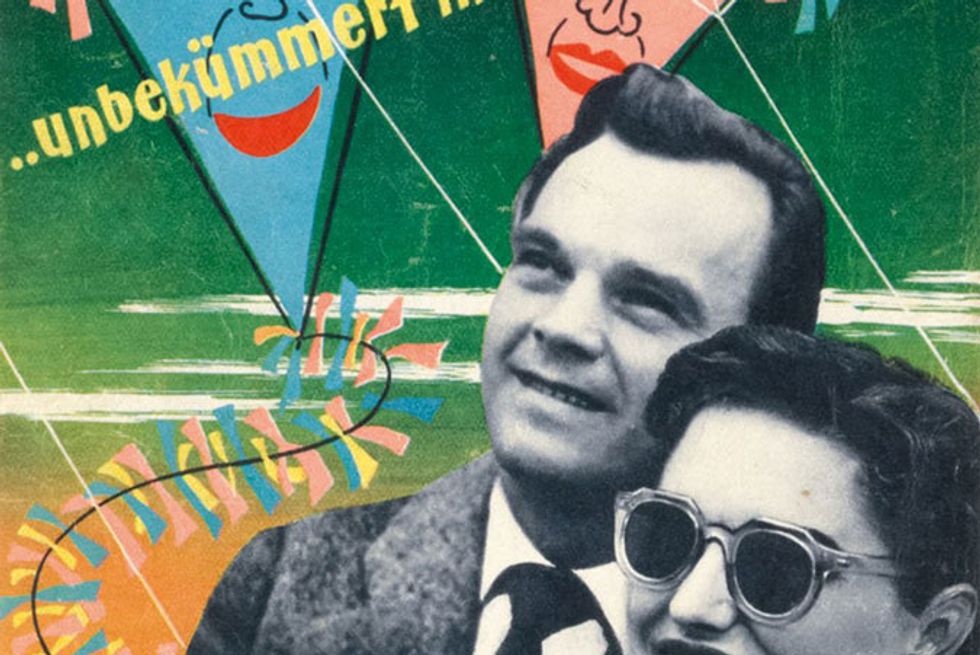 It’s been more than 25 years since the collapse of the Berlin Wall, but the specter of communism still lingers as a conflicting memory. Over the intervening decades, the legacy of the USSR has been oversimplified into irrelevance—either the loser in an epic battle of ideologies or a totalitarian regime that was destined to fail. In Beyond the Wall: Art and Artifacts From the G.D.R. (TASCHEN, 2014), a 900-page picture-filled tome cataloguing the massive collection of German Democratic Republic ephemera housed in the Wende Museum in Los Angeles, a new vision of the supposed black and white Cold War emerges. The book showcases a society that, much like our own, was both vibrant and complex, propagandized but human, and casts doubt on the “us versus them” narrative of the history books. Inside, a fuller picture of life in the vilified G.D.R. emerges in all its sad, beautiful, and occasionally humorous glory: spy-pen recording devices sit with neon busts of Lenin; ultra-modernist cooking utensils alongside homemade discotheque advertisements. The book paints an extensive portrait of life inside the repressive regime, revealing both the banality of authoritarianism and a nuanced view of life in the failed state.

The brainchild of the Wende Museum’s curator, Justin Jampol, a rockstar historian turned filmmaker/curator, Beyond the Wall’s 2,500 objects are the product of four years of intense research and collection, thoughtful curation, and prodigious help from those willing to empty out musty government archives and basements to create a rich portrait of the “other.” For historians as well as critical thinkers, this book presents a new angle on a supposedly rigid era. “As soon as you introduce a wider berth of resources, history begins to change,” says Jampol. “Many of the histories I've admired have come from people who were willing to question where their sources were coming from, what's being collected and why… and what's not. To ask ‘How is it impacting the histories that are being written—beyond direct political reasons?’" While legendary Berlin institutions like Checkpoint Charlie and the Stasi Museum showcase the dark and dramatic aspects of the regime, they don’t accurately reflect the everyday. This new collection offers something different.

“We [as a culture] define ourselves in many ways by what we aren't,” continues Jampol, “and we impose the idea of what we aren't onto others.” But ultimately, as the book asserts, the citizens of the G.D.R. were a lot more similar to us than anyone assumed. "I really think the only enemy we have is the presumptuous. Whatever the opinion is, or interpretation, it's not simple. No matter what you think, or think is right, there is going to be something in the book to counter that. It's a period that is prone to oversimplified assessment, but there is something to asking, ‘Is that right?’ That kind of questioning is ultimately what history can give us.”