Exploring the idea of synchronicity behind conspiracy theories. 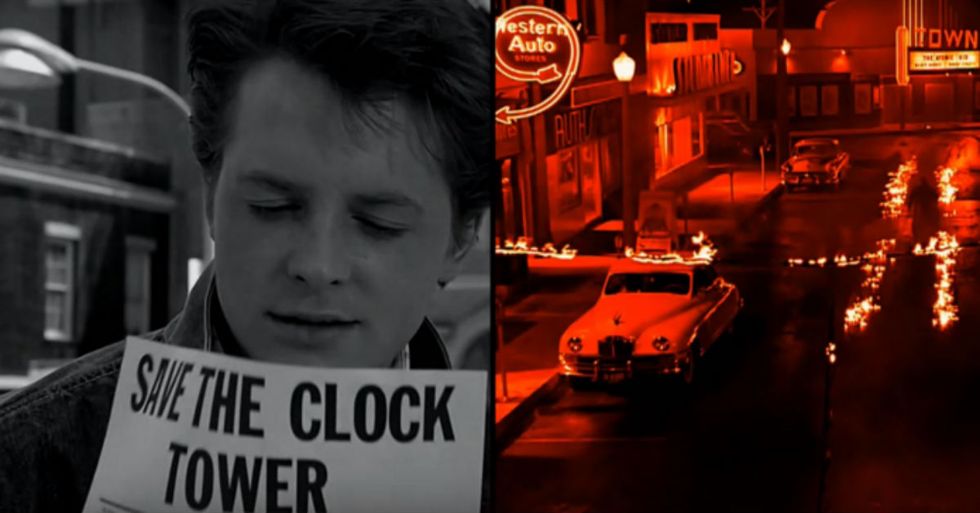 Carl Jung coined the term synchronicity, defining it as a “phenomenon that involves the coming together of inner and outer events in a way that cannot be explained by cause and effect and is meaningful to the observer.”

The creators of this video, which links Robert Zemeckis’ Back to the Future with the imagery of 9/11, are self-described “synchronists.” While they don’t outright believe that the film actually predicted 9/11, they do, however, maintain that a great deal of synchronistic clues lie within the fabric of Back to the Future and its first sequel, Part II—many of which can be linked to the culture-shifting events of September 11, 2001.

Yes, the video is humorously tongue-in-cheek, but what really makes it so intriguing is the way in which it highlights how popular conspiracies can be formed, perpetuated, and believed.

According to the creators’ website, the idea of synchromysticism draws upon Jung’s belief in a collective unconscious and “is an art form that seeks to reveal the underlying connectivity of all matter in the universe.”

Master syncher and Tibetan Buddhist Paul Levy is quoted on their site as saying that “synchronicities are expressions of the dreamlike nature of reality.” In fact, Levy’s personal website goes on to explain that synchronicity occurs during “those moments of meaningful coincidence when the boundary between the inner and the outer dissolves … At the synchronistic moment, just like a dream, our internal, subjective state appears, as if materialized in and through the outside world.”

Much like the popular movie I Heart Huckabees, Levy explains that synchronicities are “moments in time wherein there is a fissure in the fabric of what we have taken for reality.” Thus, a “bleed-through” from a higher dimension outside of time occurs.

While this video is sure to get many eyes rolling, synchronicities can be fascinating to think about. And, if this is your thing, be sure to check out the popular internet conspiracy that suggests David Bowie predicted the arrival of Kanye West.