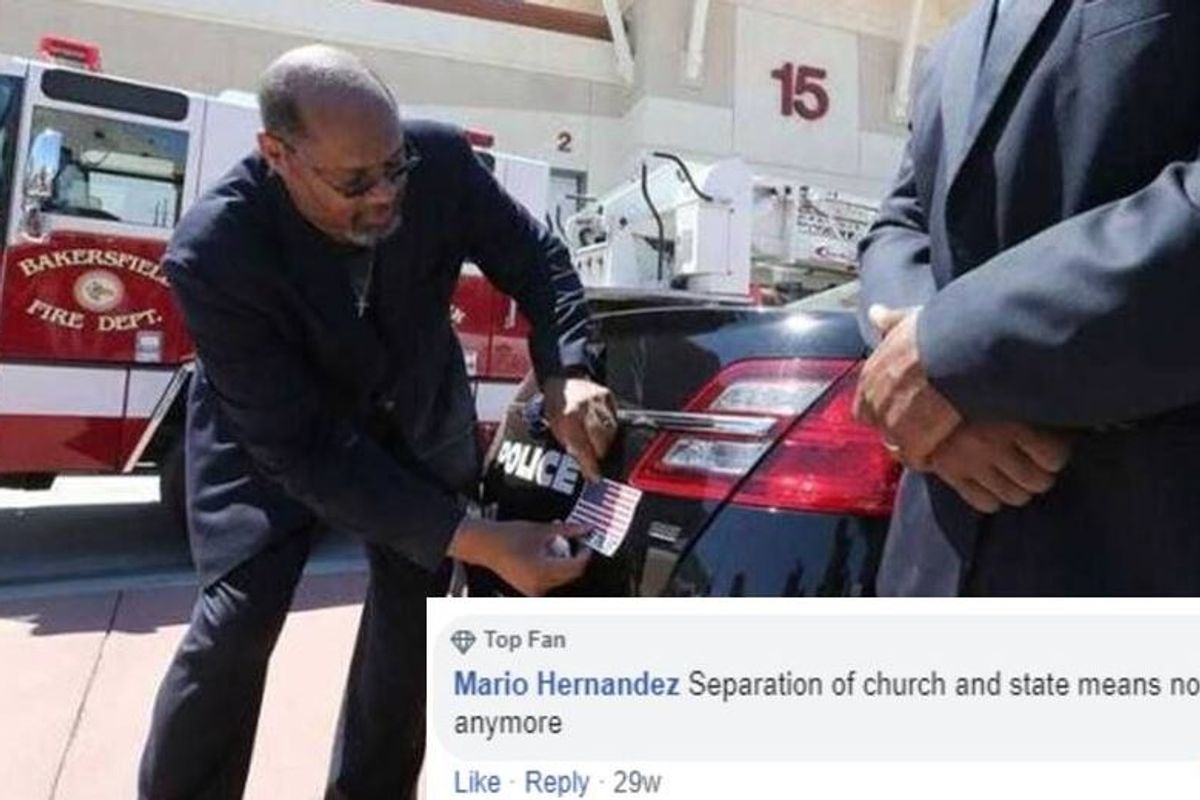 "In God We Trust" began appearing on U.S. coins in 1964 during a religious revival inspired by The Civil War. In 1956, President Dwight Eisenhower signed a law making the phrase the national motto.

But doesn't official use of the phase by U.S government bodies violate the first amendment of the United States Constitution?

Congress shall make no law respecting an establishment of religion, or prohibiting the free exercise thereof; or abridging the freedom of speech, or of the press; or the right of the people peaceably to assemble, and to petition the Government for a redress of grievances.

While using the phrase on money or as a motto doesn't necessarily establish a religion, it definitely endorses the belief in a nebulous god which appears to run counter to the Constitution.

So which god is this that we, as Americans, are trusting? One of the thousands of Hindu gods? The Judaeo-Christian-Muslim god? An ancient Norse god, Odin?

The phrase is also bothersome to the millions of atheists and agnostics in American who would probably prefer that the government trust in science than a supernatural being they doesn't believe exists.

By a 4 to 2 vote, the The Bakersfield City Council in California approved adding "In God We Trust" to its police and fire vehicles last June and they were applied to them in October. Officers who wish to not have the decal on their vehicles had the right to refuse and the decals were paid for by a private organization.

The decision was a victory for Pastor Angelo Frazier who championed the idea.

"This is just the tip of the spear," Frazier said according to Bakersfield.com. The pastor hopes to get the motto emblazoned on law enforcement vehicles throughout the state.

"We have people that love God and love country and know how important this type of thing is to the long-term success of our country," Bakersfield City Councilwoman Jacquie Sullivan, said.

RELATED: A woman was asked to get off a plane for wearing a shirt that says 'Hail Satan!'

While police officers do a lot of wonderful services that keep communities safe they are also the administrators of state violence. The law allows them to detain you, put you in a cage, take your possessions, and inflict violence on your body.

Now, in Bakersfield, they do so while stating they work under the influence of a supernatural being that some of us do not even believe exists. How does that not violate the basic concepts of separation of church and state?

The American Civil Liberties Union has a problem with the motto being on government vehicles.

"Unlike God, police officers are fallible. Their conduct should be scrutinized by the public, and when they overstep their authority, we must insist on accountability," Jordan Wells, an ACLU lawyer, stated.

RELATED: A Mississippi venue canceled an interracial wedding because of 'Christian belief'

Two city council members opposed the idea. "The God I believe in is much bigger than a bumper sticker," Andrae Gonzales said according to NBC Los Angeles.

Willie Rivera opposed the motion saying that, "I think it's clear this decision doesn't represent everybody in this community and I think this is a problem."

A Facebook post about the issue got a lot of Bakersfield residents riled up. While most commentators supported the idea, many that saw it as a clear violation of the separation of church and state.

Related Articles Around the Web
in god we trust
Trending Topics
THE DAILY GOOD
Start your day with something GOOD.
Trending Stories
Health