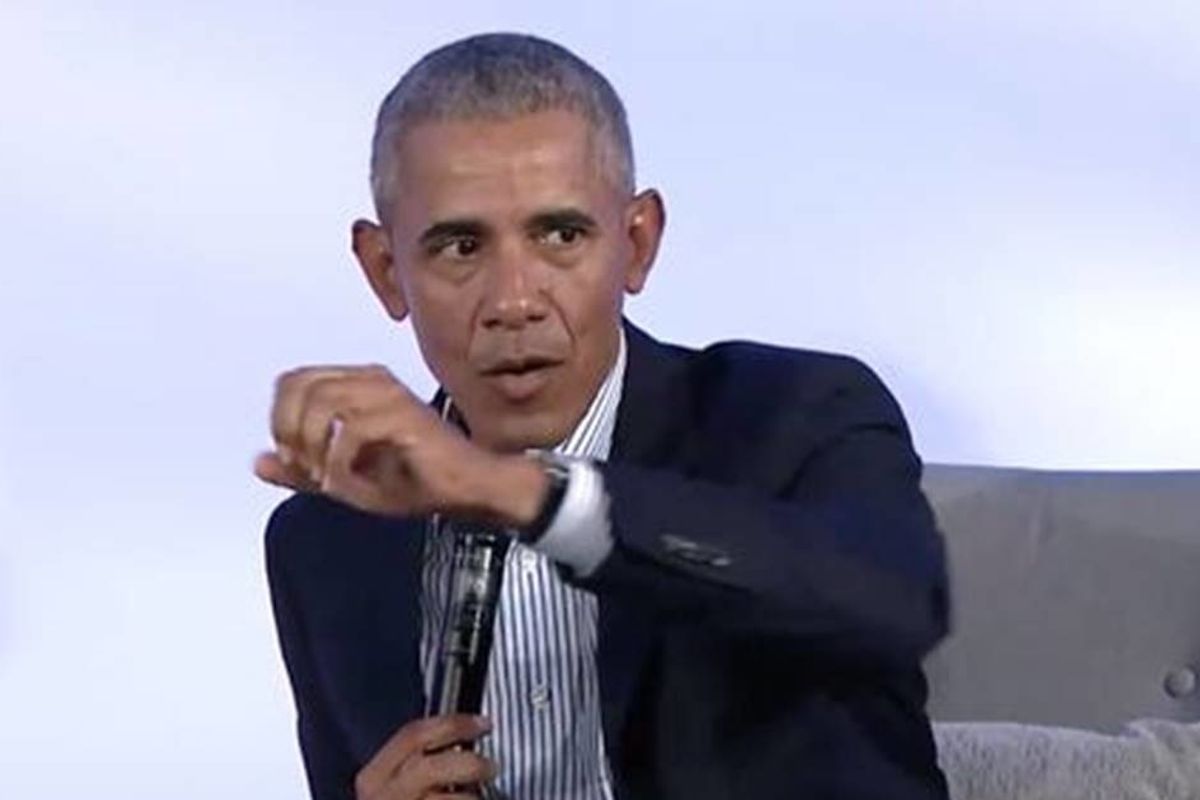 via The Obama Foundation

Cancel culture, call-out culture, hashtag activism, clicktivism … are all names for how people are publicly shamed by social media mobs. This can lead to damaging their careers and reputations.

Call-outs can be effective at bringing the wrongs committed by public figures to light. It worked to create public awareness about the serious sexual misconduct of R. Kelly, Harvey Weinstein, and Bill O'Reilly.

But it has also made pariahs out of people who did something good but were found to have some skeletons in their social media closet.

The fear of being cancelled can also have a chilling effect on speech in which people are afraid to say anything that is controversial or nuanced that may provoke the Twitter mob.

Former president Barack Obama leveled a pointed critique at those who attempt to shame people online on Tuesday at the Obama Foundation Summit in Chicago.

"This idea of purity and you're never compromised, and you're always politically 'woke,' and all that stuff, you should get over that quickly," he said.

"The world is messy. There are ambiguities. People who do really good stuff have flaws," he said.

RELATED: 28 Of Barack Obama's Greatest Achievements As President Of The United States

He added: "I do get a sense sometimes now among certain young people, and this is accelerated by social media, that the way of me making change is to be as judgmental as possible about other people and that's enough."

Obama believes that call-out culture can sometimes just be an act of collective self-righteousness.

"If I tweet or hashtag about how you didn't do something right or used the wrong verb, I can sit back and feel pretty good about myself, see how woke I was, I called you out," said Obama, criticizing this way of thinking.

"That's not activism. That's not being about change. If all you're doing is casting stones, you're probably not going to get that far."

It's all of our jobs to bring serious wrongdoings by those in the public eye to light. But we should be leery of developing a culture in which we pick up pitchforks because someone said something that isn't 100% woke.

RELATED: The Obamas dominated a new poll of the most admired people in America

We should probably stay away from digging around in tweets that people made as a teenager in order to score a "gotcha" moment. And give a little more credence to how people behave in real life versus what they post on social media.

And, as Obama said, we should never confuse being part of a digital online mob with doing the real work to create social change.

From Your Site Articles
Related Articles Around the Web
Trending Topics
THE DAILY GOOD
Start your day with something GOOD.
Trending Stories
The Planet