“We should discard the notion that admissions is a meritocratic process that selects the 'best' 18-year-olds who apply to a selective university.” 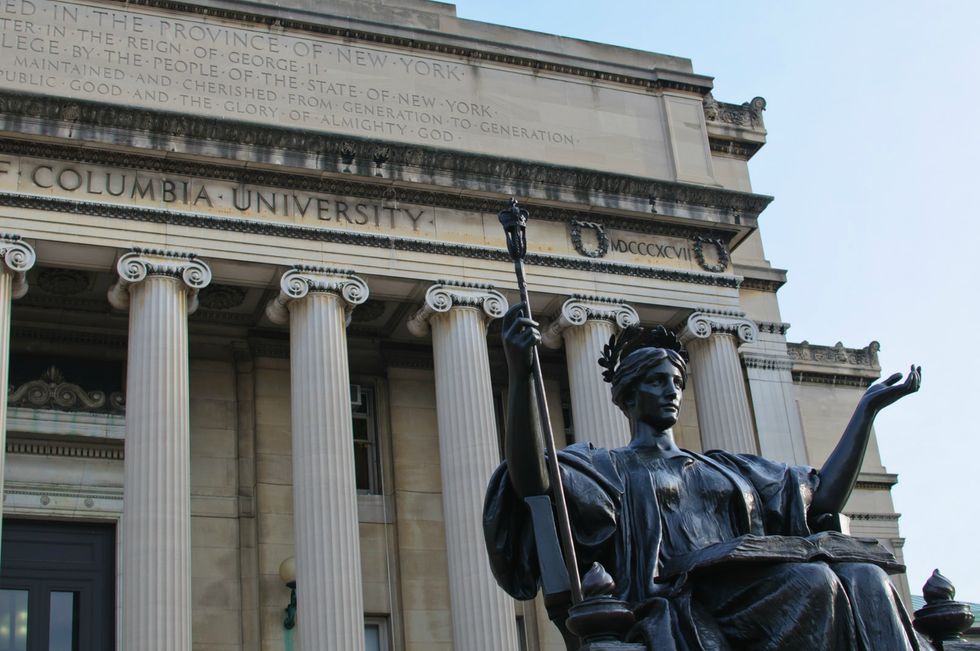 After weeks of negotiation, Harvard University recently agreed to provide the Department of Justice access to its admissions files.

The department is reopening a complaint by 63 Asian-American groups that Harvard discriminates against Asian-American applicants. The complaint was previously dismissed under the Obama administration. Many worry that government lawyers plan to use the case to argue that all race-conscious admissions – including affirmative action – are a violation of the Civil Rights Act.

Separately, Harvard undergraduates have recently begun to take advantage of their right to view their own admissions files, often only to become frustrated in their efforts to pinpoint exactly why they got admitted.

The inquiries of the Department of Justice and the curious Harvard students have something in common: Both are unlikely to turn up any evidence of why some applicants make the cut and others don’t. That’s because both inquiries rest on the faulty assumption that admissions decisions are driven by an objective, measurable process that will yield the same results over and over again.

As a Harvard professor who has studied and written a book about college admissions and their impact on students, I can tell you that’s just not how it works. (I am not speaking officially for Harvard and I am not involved in undergraduate admissions.)

Elite private universities have made clear time and again that their admissions decisions are made through a holistic decision-making process that involves a series of discussions among the admissions team. This means, for example, Harvard rejects 1 in 4 students with perfect SAT scores. The University of Pennsylvania and Duke University reject three out of five high school valedictorians.

Despite universities like Harvard, Princeton, Yale, and Stanford having closely aligned admissions criteria and similar rates of admission, just because an applicant gets into one school does not mean the applicant will get into another. That’s why it makes headlines when a student is reported to have gained admission to all the Ivies. This is a rare, unexpected event.

What a holistic approach entails

So, how do universities make admissions decisions? William Fitzsimmons, dean of Admissions at Harvard, writes of an “expansive view of excellence.” This includes “extracurricular distinction and personal qualities” in addition to test scores and grades.

Evaluating applications is a long process. At Harvard, it involves at least two readers of each file. It also involves discussions among a subcommittee of at least four individuals that last up to an hour. The process is similar for other selective colleges. Admissions officers at the same university often differ about which students to admit. The process is more art than science.

[quote position="left" is_quote="true"]Elite private universities have made clear time and again that their admissions decisions are made through a holistic decision-making process.[/quote]

Holistic evaluation allows admissions officers to take into account opportunities, hardships, and other experiences that may have affected an applicant’s grades and SAT scores. They may also consider how those things affected their participation in activities outside of school.

Nevertheless, the outcomes of admission to the most elite colleges are unequal. In fact, while 37% of young adults in the United States are black or Latino, just 19% of students at the top 100 colleges in the country are.

In addition, while only one-third of American adults have a bachelor’s degree, a review of Ivy League universities’ published data reveals that about 85% of students have a parent with a bachelor’s degree. So, even if holistic evaluation does a better job than looking at test scores and grades alone, the process still concludes by systematically undervaluing working class, poor, black, and Latino young men and women. That is, if we assume that talent and “personal qualities” are equally distributed in our society, this disproportion should tell us something is amiss.

In addition to the holistic evaluation process, admissions teams need to consider the needs of specific groups on campus. These needs vary from campus to campus and from year to year. Coaches can recruit top athletes for positions on their teams played by graduating seniors, and those recruits enter the fast lane to admission. And, just as the baseball coach can recruit a shortstop, the orchestra director may request a top bassoon player to fill a missing part in the orchestra.

Since needs of campus organizations and teams vary from year to year, you can’t glean much from admission files in isolation like the DOJ and curious students hope to do.

Are there any discernible patterns between who gets in and students who were seriously considered but rejected? Probably not. Harvard President Drew Faust has said that Harvard could fill its incoming class twice with high school valedictorians.

In fact, we should discard the notion that admissions is a meritocratic process that selects the “best” 18-year-olds who apply to a selective university. When we let go of our meritocracy ideals, we see more clearly that so many talented, accomplished young people who will be outstanding leaders in the future will not make it to the likes of Harvard, Stanford, and Yale. There simply are not enough places for all of them at those universities.

Further, many more disadvantaged young people have never had the opportunity to cultivate talents because their parents did not have the resources to pay for private music lessons or a pitching coach. In fact, the gap between what wealthy and poor parents spend on extracurricular activities has dramatically increased in recent years.

So looking for explanations for why you did get in, or whether some groups are favored over others, misses the broader picture of the lack of clarity on what gets anyone into elite colleges. It also ignores the unequal opportunities young Americans have in the process.

[quote position="left" is_quote="true"]We should discard the notion that admissions is a meritocratic process that selects the 'best' 18-year-olds who apply to a selective university.[/quote]

One way forward for college admissions, which I have suggested as a thought experiment in my book, “The Diversity Bargain,” is to take all qualified students for a selective college and enter them into an admissions lottery. The lottery could have weights for desired characteristics the college deems important, such as social class, geographic diversity, race, and intended major.

This method would make clear the arbitrariness in the admissions process. It would also help students admitted (and those not admitted) understand that admission (and rejection) should not hold the strong social meaning in American society that it does today.

In “The Diversity Bargain,” I show the downsides of maintaining students’ beliefs that college admissions is a meritocracy. Most students expressed strong faith in a process that ultimately underselects black, Latino. and working-class applicants, among others. They will take these understandings with them as they ascend to positions of power and make hiring decisions, design tax policies and shape media discourses.

Until the Department of Justice and admitted students understand the arbitrary nature of how admissions decisions at elite colleges are made, they will be perplexed by the complex art that is elite college admissions.