The beloved cafeteria manager’s memory is being honored through a crowdfunding campaign that’s raised enough money to erase the school lunch debt for every child in the St. Paul Public Schools. 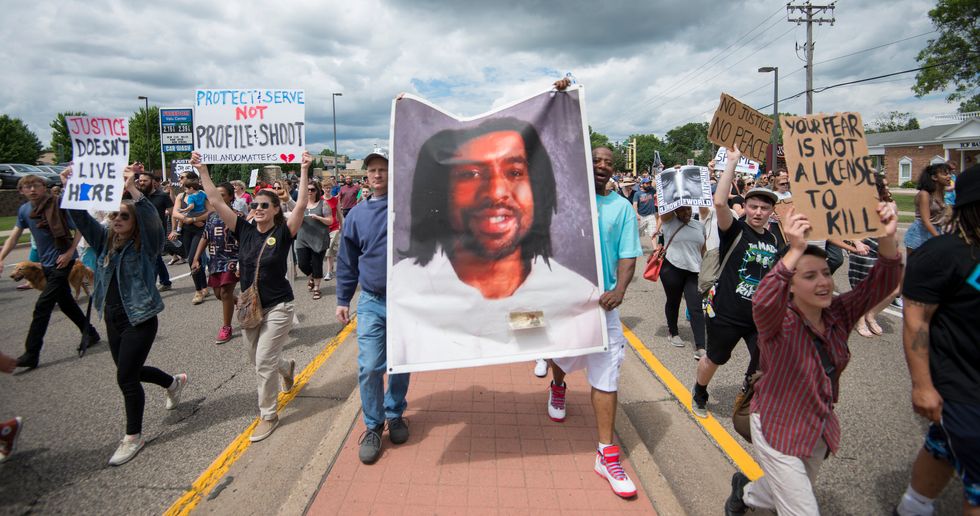 “It’s OK. I’m right here with you.” Those were the words Diamond Reynolds’ 4-year-old daughter spoke as she tried to comfort her mother after her mother’s boyfriend, Philando Castile, was shot several times by a St. Anthony, Minnesota, police officer while sitting in his car. Sadly, Castile would become the second of three black men to die at the hands of a law enforcement officer that week, but his death — which was live-streamed on Facebook by Reynolds — would haunt the country and spark weeks of nationwide protests.

Soon after he was killed, Castile’s coworkers at J.J. Hill Montessori Magnet School in St. Paul came forward to remember the gentle cafeteria manager who “loved the kids” and “always made sure that they had what they needed.” “Mr. Phil,” as the children called him, knew every student by name, remembered their allergies, and made them feel special. Castile would even pay for a child’s lunch if they couldn’t afford it. His death left a gaping hole at the school — a hole they’re still trying to fill.

To honor Castile’s memory and his love for the students, Pam Fergus, a professor at a local college, decided to create Philando Feeds the Children, a fundraising campaign to help pay off school lunch debt for elementary school students across St. Paul and its neighboring cities.

“In memory of Philando Castile, this site is collecting donations to pay off elementary school kids' lunch debt. The J.J. Hill school is several thousand dollars short. Some kids get free lunch, but many kids come from families with incomes slightly above the cut off. They get behind in payments, and need our help,” Fergus wrote back in August when the campaign began. “Philando's death affected every one of those kids. This fund hopes to provide the kids with a lasting connection to Mr. Phil.”

Within five days, Fergus raised twice as much as her initial $5,000 goal, and two months later, people have contributed more than $75,000 — enough to cover the school lunch debt for all of the students in St. Paul public schools, which totals around $60,000 annually.

Nationally, about 75% of school districts had students with unpaid lunch debt last year; in St. Paul, about 2,000 of the district’s 29,000 students owe money. The district’s nutrition services director, Stacy Koppen, said Fergus’ crowdfunding campaign is not only extremely helpful, but also a fitting tribute to Castile’s memory.

“It means a lot to me because the integrity of the lunch program is protected and the quality of our food is not at risk,” she told the StarTribune. “It is a very touching tribute to him for something he felt passionate about.”

Fergus and Castile’s mother, Valerie Castile, presented the first check to J.J. Hill Montessori Magnet School, and Fergus has vowed to continue the fundraising campaign because “kids gotta eat every every semester.”