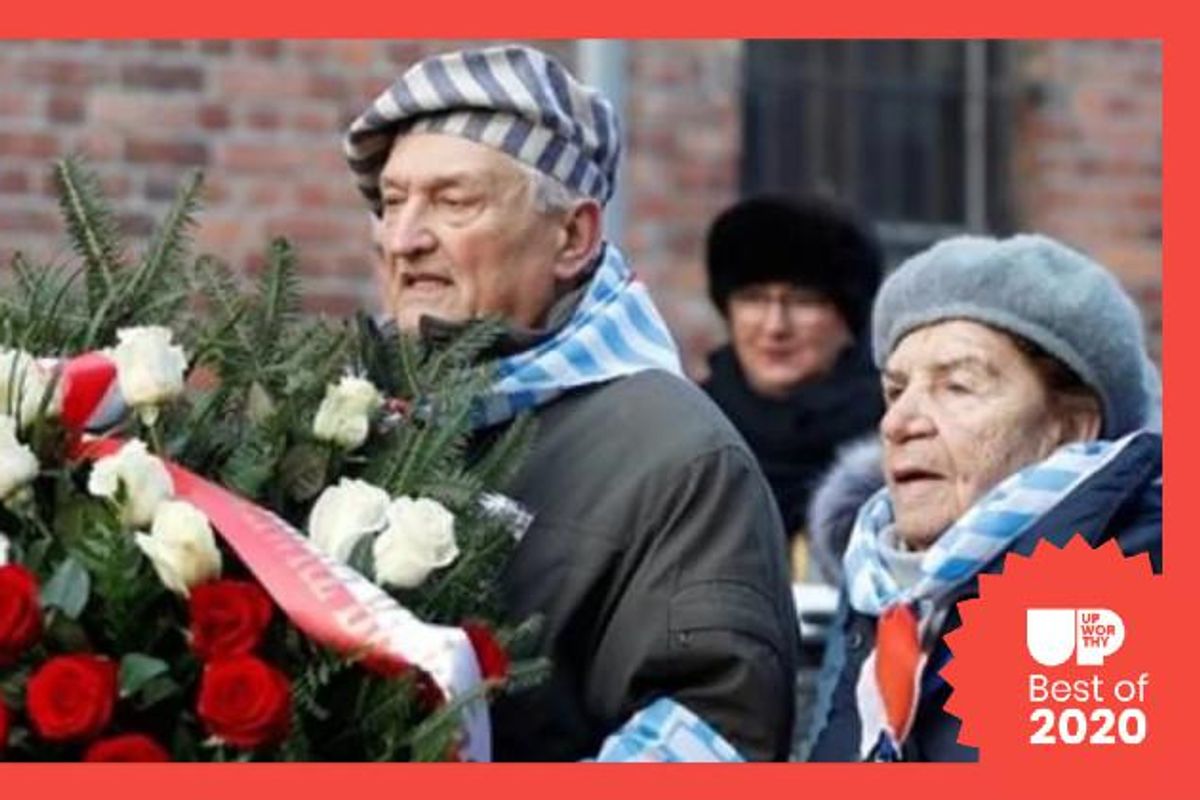 Seventy-five years ago, on January 27, 1945, the Soviet Army liberated the Auschwitz concentration camp operated by Nazi Germany in occupied Poland.

The vast majority of the inmates were murdered in the gas chambers while others died of starvation, disease, exhaustion, and executions.

By the time the Soviet Army arrived at Auschwitz, only about 9,000 prisoners remained. The others had been murdered or sent from the camp on a final death march. The Nazi tormentors had left the camp a few days before its liberation after trying to conceal any evidence of their crimes.

The Soviet Army enlisted the help of local Poles and the Polish Red Cross to take care of the survivors. Thanks to their efforts, around 7500 survived.

Over 200 survivors along with their family members attended a vigil at Auschwitz on Monday to commemorate the anniversary of its liberation. The site is now a museum dedicated to the memory of the victims of the Nazi concentration, forced labor, and extermination camp.

Most of the survivors came from Israel, the United States, Australia, Russia, and Peru.

"We have with us the last living survivors, the last among those who saw the Holocaust with their own eyes," Polish President Andrzej Duda told those at the commemoration. "The magnitude of the crime perpetrated in this place is terrifying, but we must not look away from it and we must never forget it," Duda said.

The commemoration was held in a heated tent above the train tracks that sent prisoners to people to Birkenau, the facility where most of the inmates were gassed and cremated.

"I have no graves to go to and I know my parents were murdered here and burned. So this is how I pay homage to them," Yvonne Engelman, a 92-year-old Australian who was joined by three more generations of family, said at the event according to the Associated Press.

The commemoration also inspired a warning from Ronald Lauder, the president of the World Jewish Congress.

After the war when, "the world finally saw pictures of gas chambers, nobody in their right mind wanted to be associated with the Nazis," he said. "But now I see something I never thought I would see in my lifetime, the open and brazen spread of anti-Jewish hatred."

"Do not be silent! Do not be complacent! Do not let this ever happen again – to any people!" Lauder continued.

According to the Anti-Defamation League (ADL), anti-Semitism is on the rise in America. "Assault, harassment and vandalism against Jews remain at near-historic levels in the U.S.," the report says. "The deadly attacks in synagogues in Pittsburgh and Poway have made American Jews feel more vulnerable than they have felt in decades."

There has also been resurgence in far-right populism in Europe which has given voice to white supremacists and neo-Nazis.

According to the ADL, several leading human rights organizations "all report higher levels of anti-Semitism compared to previous years; and, in fact, nearly one-third of European Jews has reportedly considered emigration because they do not feel safe in their own country."

The commemoration of the liberation of Auschwitz is important, not just to remember the victims of one of history's most heinous acts. It's also works to call attention to the devastation caused by Nazism, bigotry, white supremacy, and anti-Semitism.

Hatred and religious bigotry will never be fully wiped off the face of the planet, so it's the job of generation after generation to call out the evil and be forever vigilant against its spread.

Related Articles Around the Web
auschwitz 75 liberation
Trending Topics
THE DAILY GOOD
Start your day with something GOOD.
Trending Stories