They were created by a British artist to help manage her own anxiety. 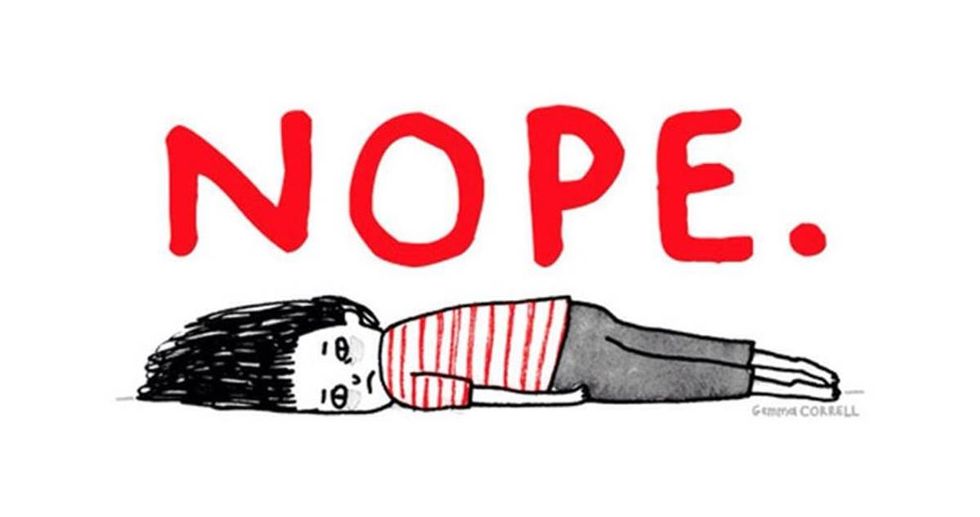 This article originally appeared on 10.15.18

Everyone grapples with anxiety from time to time, but for illustrator Gemma Correll, it's a longer, constant battle. That's why she started making funny comics to cope.

While Correll is British, to give you homeland perspective, anxiety disorders affect 18% of the adult population (40 million people), making it the most common mental illness. As such, many treatments and coping methods are available both clinically and homeopathically, but since anxiety can manifest differently in everyone, nothing is a surefire fix. Thus it falls to individuals to perform a lot of trial and error.

In a lucky turn of events, Correll discovered her coping method could also be her career. She illustrates hilarious comics, many of which often directly relate to her own anxiety.

“I honestly think that humour can be a saviour at times of distress or, if you just live with a constant level of anxiety and depression like I do," she told Mashable.

Yes, her work has helped her deal with the daily struggles that accompany her anxiety, but she also hopes it brings comfort to others and perhaps even inspires them to speak out about their own struggles. The more candid we are about anxiety, the less alone people living with it will feel.

Click the slideshow link at the top of the page to see 12 examples of how Correll's anxiety translates into hysterical comics.