14 comics that totally nail what it's like to be in a long-term relationship. 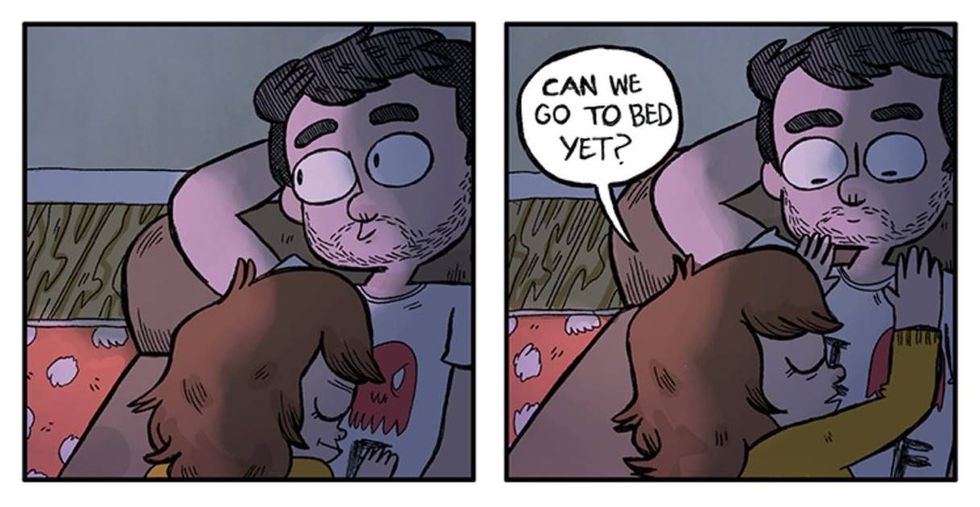 She’s the artist and writer behind “Rick & Morty: Lil’ Poopy Superstar,” “Pizza Witch,” “RentQuest” and the autobiographical “Our Super Adventure,” which stars Graley and her boyfriend of five years, Stef. The comic documents the sweet and hilarious moments of their relationship and the life they share with their four cats. It doesn’t sound like typical fodder for a comic. And for Graley, that’s kind of the point.

“Before I got into comics, I believed for a really long time that comics were just about really muscular men in capes,” she said over email.

“And that didn’t interest me — I rather write stories with diverse range of exciting characters. (I’m really sorry if anyone reading this is a muscular man in a cape — you are probably a solid okay),” she joked.

She added, “I’m also a bisexual lady — growing up though, I don’t remember any media that featured queer woman, let alone starred? I really wish I had that as a kid! Or as a teen! I just want that all the time to be honest, more media featuring rad queer women. So I make my own!"

Her kickass characters are quirky, romantic, even magical women, and a welcome shift from the norm.

But starring in “Our Super Adventure” means the world gets a front-row seat to her relationship, which can be a little ... awkward.

“I’m a pretty open book, so writing about mine and Stef’s relationship and being honest — it doesn’t feel unnatural or weird until somebody will talk to me about a particular comic strip in-depth in person,” Graley wrote. “Then it’ll be like, oh yeah, I guess I did draw my butt and then publish it in a book.”

Opinion: I'm a student and I know your school is lying to you about safely re-opening